Audi, BMW, Ford, Honda, Mini, Vauxhall, VW… the ATE MK61 is just as popular as its predecessor, the ATE MK60. Quite logical, since the ABS has been mandatory for a while now on new cars. Because Bosch and ATE have managed to tie in the major car manufacturers, you will only really ?nd anti-lock braking systems of these two brands. The system began in 1978, simple and effective, but in the meantime there have been some changes. The term ‘’ESP’’ will now also sound familiar to many people.

By using extra sensors in the car, a modern ABS system can also help a vehicle not losing traction in a bend. The values of the so-called yaw angle sensor (rotation rate sensor in the image) are compared to the extent to which the steering wheel (steering angle sensor) is turned. This allows the ABS ECU to determine whether one of the wheels must me braked to maintain the traction. Also, the ATE MK 61 ESP’S are available with this function.

We will later describe how the ABS system works, but for now it is important to know that the unit consists of a pump motor, a HCU (Hydraulic Control Unit) and an ABS ECU (not to be mistaken for the ECU of the engine management system).

The ABS ECU itself sometimes suffers from defective components on the circuit board. This rarely occurs with the ABS ECUs used in BMW’s, but with other car brands we often see defective processors. Replacing this is specialist work, since every processor is attached to the circuit board with 128 connections. A large heat sink causes everything to cool down very quickly during soldering. Removing and soldering a processor is therefore not possible without a special process where the cooling down is no longer a problem. Our R&D development team found a good solution for this.

Every component that enters our building will ?rst be tested comprehensively with our Vision test environment to be able to properly diagnose the problem. We do not just look at the complaint, but check all known weaknesses. Only when the problem is very clear, the unit will go through the remanufacturing process.

Before we move on with remanufacturing, we’ll ?rst have to remove the ABS computer (ECU) and the pump motor of the HCU. Once removed, both components can be treated.

Our Mechatronics department processes all the complaints regarding the pump motor. The pump motor has various weaknesses, therefore it goes through the entire remanufacturing process. During this process we always use components and parts of the same quality as the original.

In contrast to for example the Bosch ABS 5.7, the ABS ECU of the ATE MK61 will not be processed by our Bond department. This is because there are no ‘bond’ connections on the circuit board connecting the components. Repairing connections and replacing components is being done by experienced remanufacturing mechanics at our remanufacturing department. As already said the processor won’t come off easily, but luckily our R&D department has developed a reliable method to replace the processor professionally.

Want to know more about bond techniques? Our website contains articles (see ‘’ACtronics Insights’’) about the Hella Turbo Actuator and the Bosch ABS 5.7, in which the bond technique is explained in more detail.

After both components went through the process where all their weaknesses have been treated, the components are neatly attached to each other again. Before the remanufactured ABS unit goes back to the customer, it is ?rst comprehensively tested. Of course, we do not only check whether the problems are solved, but we also look at all its possible weaknesses. These steps make the difference between repairing and remanufacturing. 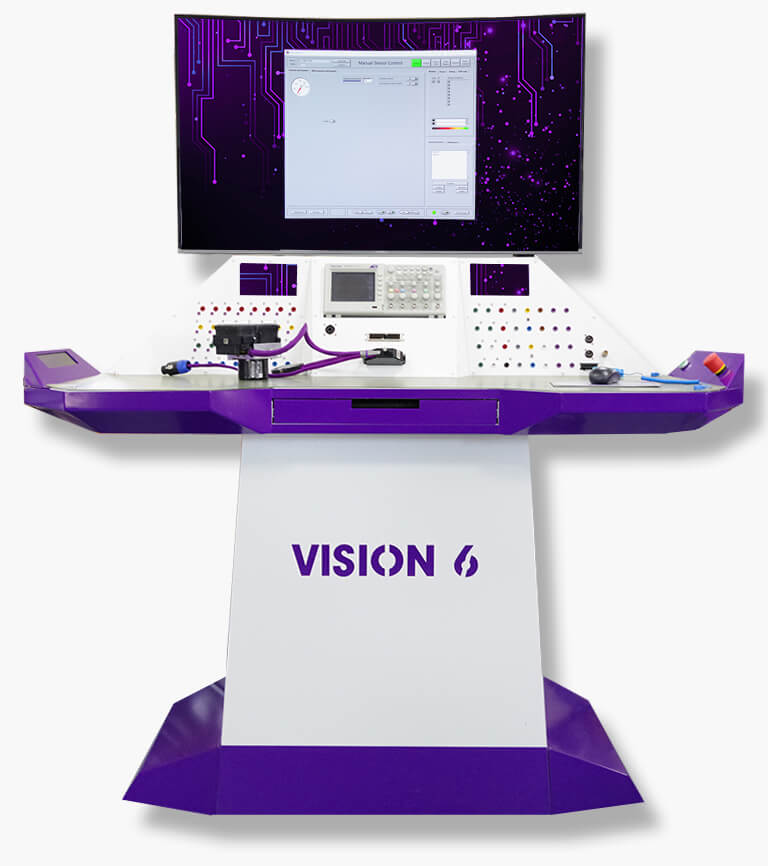 The MK 61 broadly consists of three parts: the pump motor, the HCU and the ECU. Together they ensure a functioning system and therefore all three are needed. We will now explain each of the speci?c features and explain how the entire ABS system works.

The pump motor does nothing but maintain pressure on the entire brake system. ABS is a system that controls the ?ow in one or more calipers, momentary releasing brake pressure so that the brake caliper releases from the disc temporarily. Moments later the pressure is rebuilt, then it stops the ?ow and the pump motor builds back up the pressure in the system. This process is repeated dozens of times per second when one or more wheels lose traction. This also creates the distinctive vibrating sensation in the brake pedal when the ABS system comes into action.

HCU stands for for Hydraulic Control Unit. The HCU looks like a large solid aluminum block in which all kinds of channels and actuators are hidden, it is these channels and actuators that make the ABS work in a correct way. The actuators in this block can open the channels momentarily to release pressure within the brake calipers. Fortunately, these channels at rest are always closed. You do not have to worry that the braking system stops functioning and if a failure occurs: the system is “foolproof” and if a fault occurs the car will just feel like an old-fashioned car without ABS: the brakes will still work.

When we zoom in further on the working of this HCU, the “pins” stand out the most. It is these actuator pins that can open and close the channels. The coils that sit at the bottom of the ECU, ?t over these pins during assembly and once the ECU is put back under pressure, the pin is pushed down by a strong magnetic ? eld, opening the actuators. If this pressure drops the pin springs back up and the associated channel is closed immediately.

Finally, the ECU is the brain of the unit. Inputs from several sensors come in, including that of the wheel sensors and the aforementioned pressure sensor. Depending on the value, the ECU decides what action is needed and sends the information to the necessary actuators. The ECU then controls the HCU and the pump motor. As has just been mentioned, the ECU has coils on the bottom. To put pressure on these coils, the ECU can cause the pins to be pressed down and allow the ?uid to ?ow. In the case of ESP, the ECU has to do more. Inputs of the steering angle sensor and yaw angle sensor must be compared with each other to determine whether or not the vehicle makes a realistic angle of rotation. If the car turns more or less than expected by the value of the steering angle, then this causes either understeer or oversteer. ESP can correct both situations, by braking one or more wheels slightly different in order to obtain the desired angle of rotation (yaw angle) again.
The ABS system then brakes completely independently one or more wheels without the brake pedal being applied. This is possible because the pump motor can put the system under pressure without the pedal being applied.

Before starting the disassembly, we recommend that you disconnect the battery and connect it again only when the ABS assembly is mounted back. It is also known that there are cars where the ABS system must be re-initialized, keep this in mind when reassembling.

The dismantling itself can vary greatly by type of vehicle. Refer therefore to the documentation available from the car maker. However, we stress that the hydraulic block is made from aluminum, this is a relatively soft material, so be careful when loosening and tightening the brake lines.