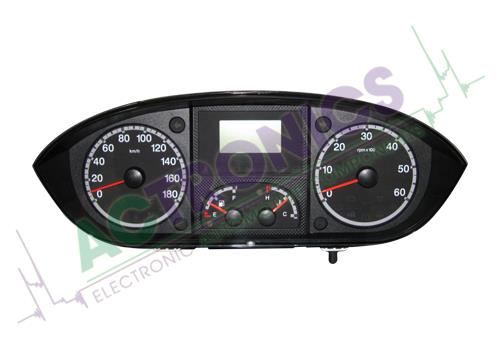 It has been 40 years (!) since the very first Fiat Ducato rolled off the product line in 1981. And although the Ducato was primarily intended as a commercial vehicle / minibus, the first generation was mainly known as a basic car for conversion to a campervan. Thanks to a collaboration with PSA, the almost identical Peugeot J5 and Citroën C25 were launched in the same period. Since then, Fiat and PSA have always worked together.

The Fiat Ducato and its French competitors have always been a success, but after the third generation was introduced in 2006, sales really took off. In 2012, more Ducatos were sold in 1 year (21,000 units) than in the entire period from 2001 to 2005! Apart from the design and the (loading) weight, little was altered from the original design. Apparently it was just enough to convince the general public.

Enough about the history of the Fiat Ducato, we actually want to talk about the instrument panel of this commercial vehicle. There is something peculiar going on with this cluster. Curious to find out? Keep on reading!

A strange fault in the odometer of the Fiat Ducato 3

Those who have driven many kilometres/miles with this vehicle will see something really strange happen. The odometer in the Ducato 3 instrument cluster cannot physically count further than 399,999 kilometres (or 248,601 miles)! You would expect that every odometer should be able to count up to 999,999 kilometres or miles, but that is not true for the Ducato 3!

Why does it not count any further? The cause has quite a technical background, but let's just keep it to "limitations in processor programming". Weirdly though, we have only encountered this problem with the instrument cluster of the Fiat Ducato 3. No other manufacturer or model of car seems to have this weird flaw. Although…

We just wrote you that the Fiat Ducato is the equivalent of the Citroën (now called Jumper) and Peugeot (Boxer) minibus. They happen to have the same instrument panel as the Ducato. Citroën and Peugeot commercial vehicles suffer from the same peculiar flaw. The Fiat group has used the instrument cluster in a few other vehicles as well, which makes the list of cars suffering from the same flaw relatively long:

All these vehicle suffer from the same flaw.

Small differences in the instrument cluster in the different models have been noticed though. No type can count beyond 399,999 kilometre, but what happens next is quite different. Depending on the vehicle, three different things can happen: 2. The odometer continues to count, but shows a strange symbol in the first position. Often this is three lines under each other 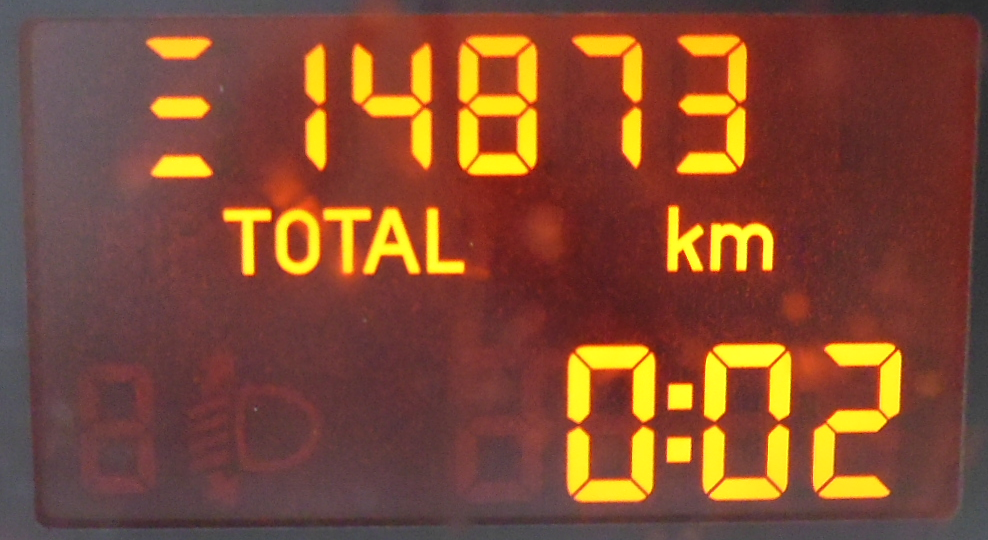 How to fix the odometer problem?

You will probably wonder what to do to fix the fault. Unfortunately, there is no modification available that can make the Ducato 3's continue to count after 399,999 km, but during a remanufacture there is the option to reset the mileage back to "0". Think of that like an instrument cluster reset. Before we perform this reset, we will of course always discuss whether this is desired. 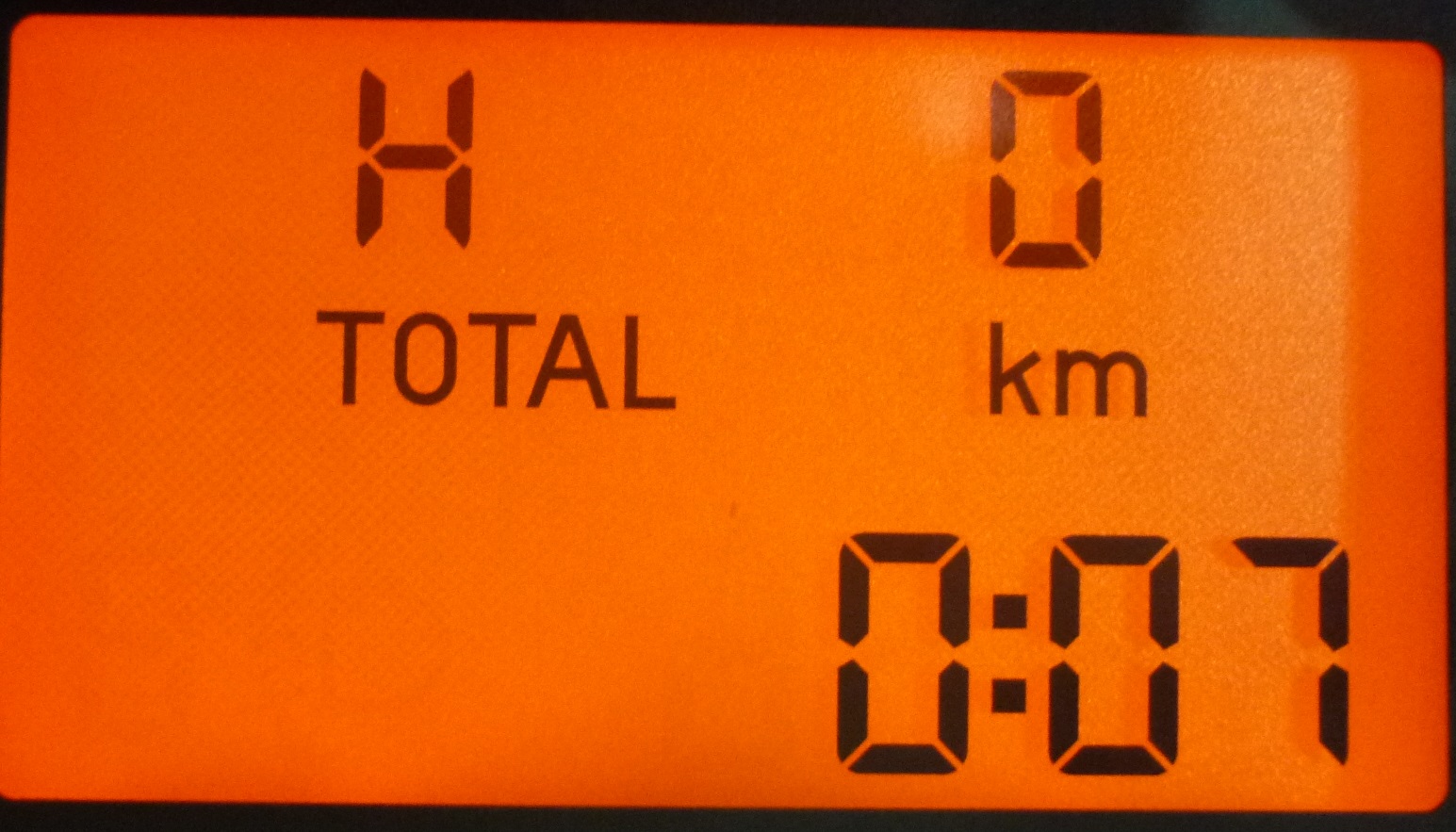 It is possible that during the first 200 kilometres after a reset, an "H" is shown at the location of the mileage. This means that the mileage is reprogrammable. As long as the "H" visible, the mileage can be reset to 0 with the help of diagnostic equipment. This is intended to deliver new cars to the customer after transport with 0 on the odometer. The 'H' can be removed: keep the trip meter button pressed for at least 6 seconds and the 'H' will disappear. If no further action is taken during these first 200 kilometres, the "H" will disappear automatically from the instrument cluster.

LED lights that do not or dimly illuminate

The mileage problem can be annoying in some cases, but it is not a safety issue and the rest of the instrument panel fortunately continues to function. The Fiat Ducato remains perfectly usable. This changes when the LED lights start to fail. Think of the warning light for the high beam, dipped beam, seat belt or hand brake. The light may illuminate dimly or not at all. A remanufacture will resolve these fault.

There is one problem: given the wide variety of designs made of this instrument panel, the printed circuit boards and therefore the lights are all slightly different from each other. In recent years, we have built up a database of the printed circuit board variations and the corresponding lights. With this we can find a specific remanufacture solution so the LED lights will operate again as they are supposed.

Are there any other faults found with this instrument panel? Sure! However, these may be less "unique" than the fault discussed before and are not as common in this specific cluster. Think, for example, of:

One problem that we see less often with other instrument panels (but we do see in the Fiat Ducato 3) is the temperature gauge indicating an incorrect value. We have developed a remanufacture solution for this that will solve the problem.

The Fiat Ducato 3 gets a facelift: a different instrument panel?

After seven years of production, Fiat finally came with a facelift version in 2014, rather than a whole new fourth generation. What immediately caught the eye is the completely redesigned front. And as expected: a new instrument cluster! Although the outside shape of the cluster is identical, the gauges look much more modern. In addition, Fiat has also solved the problem with the mileage, so the facelifted Ducato 3 can "just" drive through the barrier of 400,000 kilometres!

It shows again that the technology of this initially ordinary looking instrument panel can have special surprises! Now you know that if you receive a Fiat Ducato 3 instrument cluster in the workshop with one of the faults listed above, you can request a remanufacture order at ACtronics.

Do you have another fault or do you have a question for us? Please do not hesitate to contact our customer service. They will be happy to answer your questions by mail or phone.

Are you a private individual and do you have a fault with your Ducato dashboard? Visit one of our Service Points in your area to have the fault solved. The nearest Service Point can easily be found here.