Brake technology has undergone significant development in recent years. With an increasing interest of electric and hybrid cars, a form of braking was sought in which part of the energy used can be recovered (regenerative braking). Brake-by-wire lends itself really well to this concept, partly because such a system can function completely independently. In this article we dive a little deeper into this new technique: What makes brake-by-wire so special?

A little bit of history beforehand

Everyone can still remember the very first Toyota Prius. Although hybrid technology was still in its infancy at the time, Toyota was already thinking about a braking system that could work well with the hybrid powertrain. In 2001, the brand introduced 'ECB', which stood for Electronically Controlled Brake. Both the compact design of the braking system and the precision of the brake pressure regulation (an electro-hydraulic system) were revolutionary. The system was first introduced in the Toyota Estima and Alphard, two large Japanese MPVs. The second generation Prius followed from 2004 and so did the Lexus RX 400h and the Lexus GS 430. Even the famous Lexus LFA got this braking system on board in 2011. It then took several years before ABS / ESP specialists Bosch and Continental developed their own system.

What is brake by wire?

With a 'traditional' braking system, as soon as you step on the pedal, a direct connection operates the piston in the master cylinder, which is filled with hydraulic fluid. This hydraulic fluid is then pressed through pipes to the wheel brake cylinders. This hydraulic system is designed in such a way that sufficient braking force is generated to stop the car. A very basic concept that functions very reliably. However, it is of course not very dynamic. What if the car is also braked in a different way? Like, for example, by strong dynamos that can store the braking energy? How do you get that conventional system to work with that?

This is exactly why brake-by-wire was introduced. With brake-by-wire, the physical connection between the brake pedal and the parts that exert the braking force disappears. The only function of the brake pedal is now to send a signal (literally via a wire), with which a computer can determine and apply the required braking force. An electric pump motor now provides the necessary braking pressure in the hydraulic system. Various solenoid valves do the rest of the work.

A familiar feeling in the brake pedal 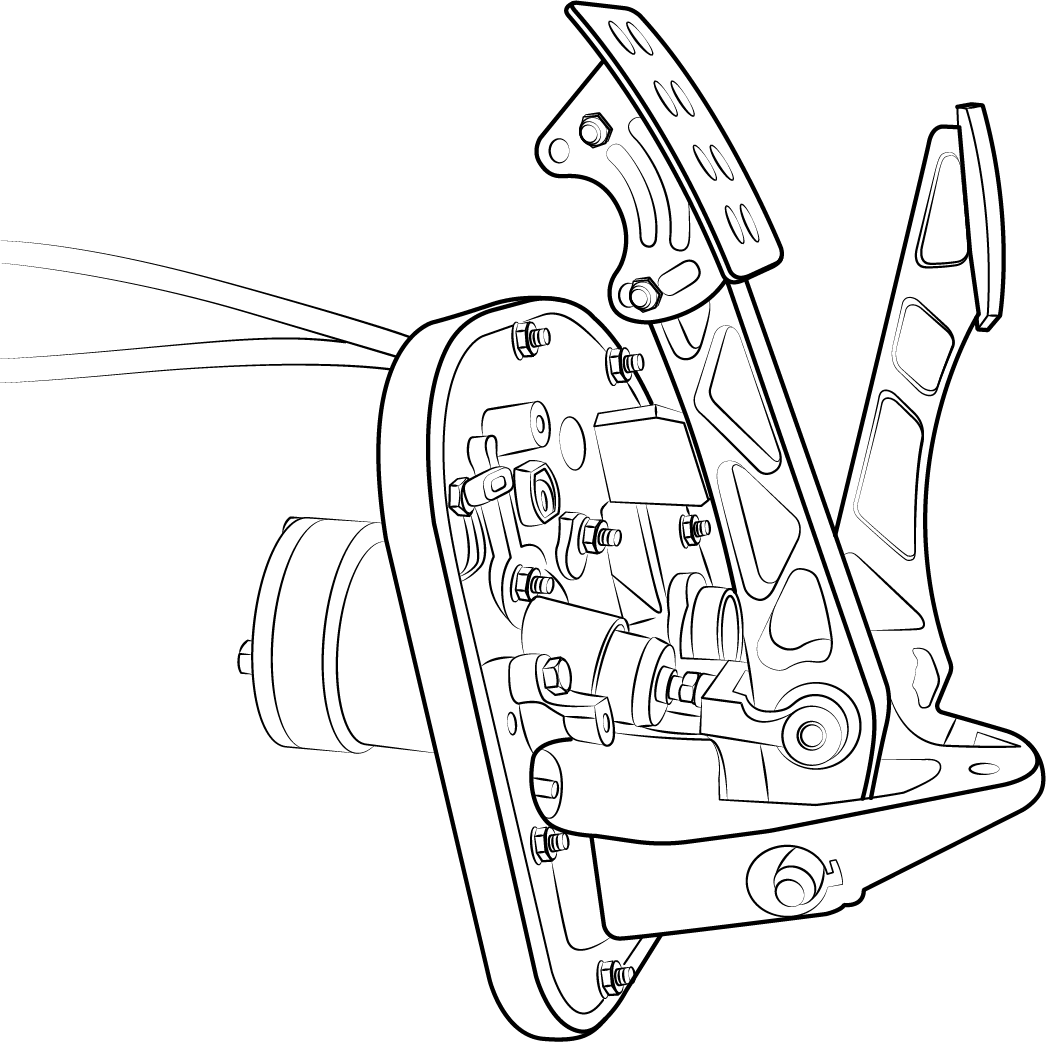 This new technology is of course very nice, but people are creatures of habit. One of the concerns that came up with the introduction of brake-by-wire was the feeling in the brake pedal. With a 'traditional' braking system, you can clearly feel the back pressure of the brake fluid. With an electronic brake pedal, this feeling is completely absent. Well that's not the case with brake-by-wire...

We can reassure you: The interaction with the driver has been carefully thought through with this new type of braking system. In many cases, the brake pedal is therefore still connected to a pin that compresses brake fluid in a cylinder. The liquid in this cylinder does not go anywhere else and is purely intended to mimic the feeling of a conventional system. In certain systems this cylinder is also used to measure the pedal pressure of the driver, in other cases a hall sensor is used to measure the position of the brake pedal.

But whichever method is chosen, in both situations the signal is sent to the ABS / ESP computer. This then determines how much braking force is actually needed and will then control the pump motor and the correct solenoid valves to deliver this. The braking system naturally works together with systems that recover braking energy. The computer ultimately controls the braking actions itself, this offers many additional options. Think, for example, of various driving modes such as economic, comfort and sport. A central Human Machine Interface (HMI) is often used in which these settings can all be adjusted to the driver's wishes

The benefits of brake-by-wire

You have probably already concluded that brake-by-wire is a very useful concept. The braking action still feels the same to the driver, but in the meantime it offers a lot of possibilities. Some advantages at a glance:

Why has brake-by-wire only really been on the rise recently?

The special thing about the brake-by-wire story is the time it took to really get going. As is often the case in the automotive industry, they first waited for necessity and for customer acceptance. This has greatly delayed the introduction.

Because Formula 1 switched to hybrid technology from 2014, brake-by-wire was introduced there. We can't say for sure whether this has given development a boost, but brake-by-wire has gained momentum since then. The latest systems therefore have endless possibilities. 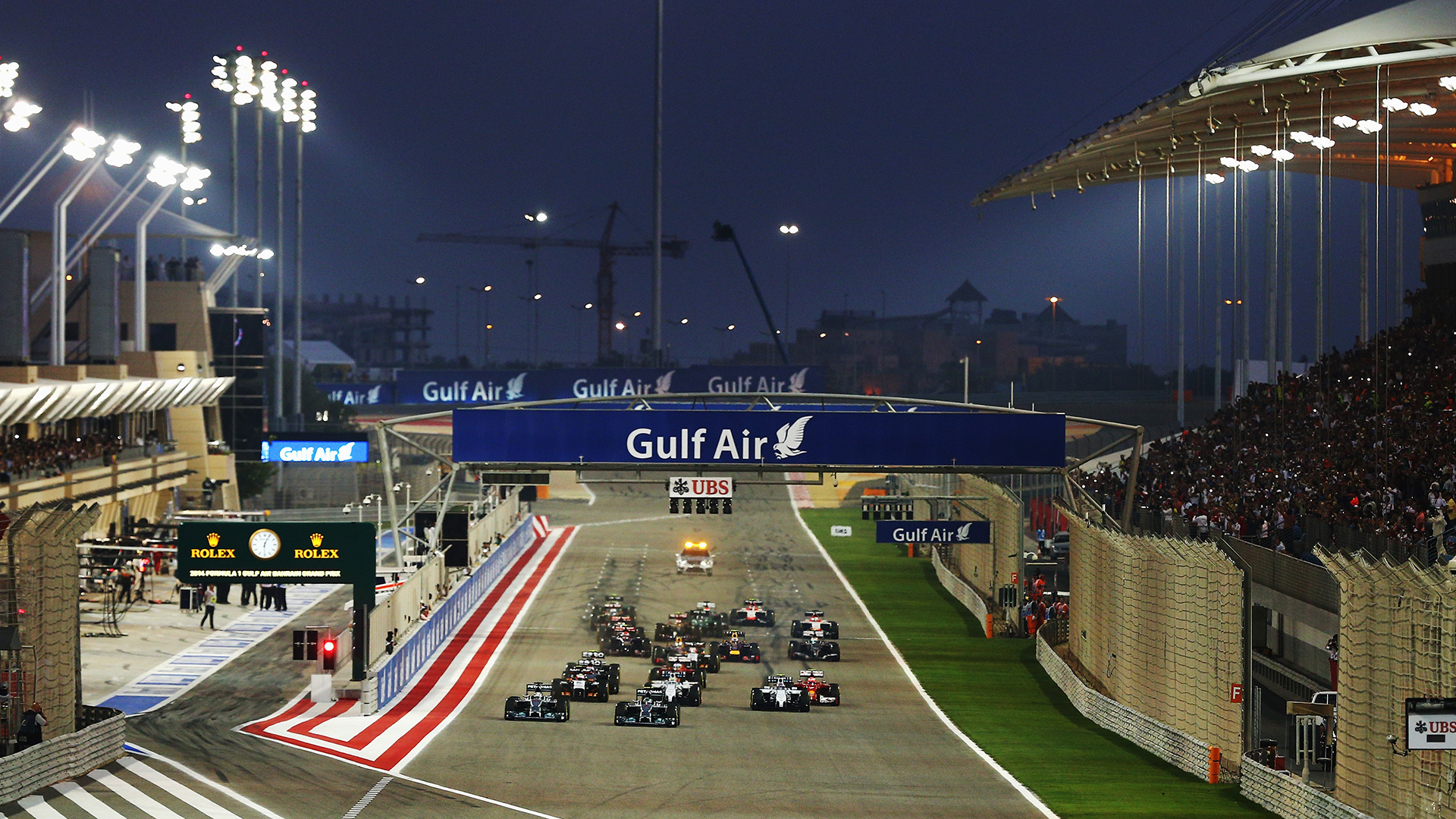 Due to this reluctance, the definitive breakthrough of brake-by-wire only came after both Bosch and Continental each introduced their own (widely applicable) system. Bosch introduced 'iBooster' at the end of 2013, Continental in turn launched the MK C1 in 2016. This was a great development for manufacturers, because they no longer had to reinvent the wheel themselves. Alfa Romeo (Giulia Q), Audi (e-Tron Sportback), Chevrolet (Corvette C8), Porsche (Taycan), Tesla and many others are now using one of these systems and more and more car brands are following suit. Now that environmental requirements are becoming increasingly strict, manufacturers have no choice but to focus entirely on hybrid and/or electric technology. And regenerative braking is an important part of these powertrains. In addition, things like autonomous braking will soon become a requirement for new vehicles. Brake-by-wire is therefore a necessity.

The future of brake-by-wire

In 2022 we can say that the future of brake-by-wire looks very bright. At the moment it is mainly used in the higher segment, but as is the case with all new technology, it will also be available for the lower segments in the near future. After all, the benefits are great and the strong growth in the EV market will further reinforce this. This year, for example, Continental will start producing the second generation of their brake-by-wire solution: the MK C2. It is even lighter and provides even higher efficiency during regenerative braking.

ACtronics therefore keeps a close eye on these developments, because as soon as these systems become the standard, something will undoubtedly break down. Of course we will then provide a suitable remanufacturing solution. Until then, if you already have a brake-by-wire system in the workshop that is causing problems, please contact us. We may be able to help you further.