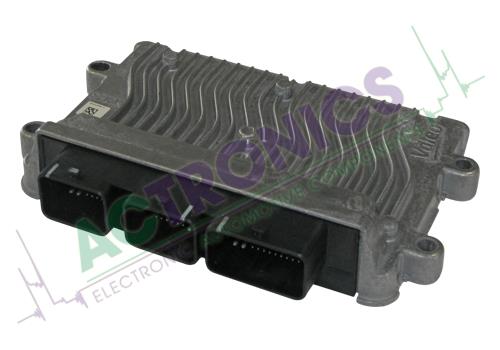 Remanufacture a Valeo J34P for a Citroën or Peugeot?

Would you like to remanufacture a Valeo J34P for a Citroën or Peugeot? ACtronics has a remanufacture procedure for models of both these car brands, like the C2, C3, 206, or 207. A fault in the ECU will illuminate the engine warning light (Malfunction Indicator Light or MIL). There is a wide range of problems that can occur because of a faulty ECU. Think of a non-starting car or misfires in the engine.

Many complaints heard for Valeo the J34P have to do with the communication. It is therefore possible that the ECU will fail completely, without giving any specific fault codes. These faults can be seen in different components as well, as they are no longer able to communicate with the ECU. Other often seen faults in the Valeo J34P are:

Risk and effects on other components in the car

Continuing to drive with a defective ECU might lead to other defects and damage of the engine. When the engine warning light illuminates, stop the car.
Remanufacture of a Valeo J34P

Repair an ECU by ACtronics?