The Ford Focus instrument cluster, is probably one of the most common units that we have sent to us to be remanufactured, where 90% of the time the vehicle fails to start, which with a quick bang on the top of the dash, normally kick starts it back into life and the car will then start.

However, recently we have been having an increased amount of calls relating to one specific fault with these units that can be caused by a number of issues. The one specific issue relates to a U1900 code. We usually see this code when there are immobiliser or communication faults and are normally caused by cracks within the joints, connector pins and pads on the PCB, which usually require a lot of work to be carried out along the whole of the PCB within the instrument cluster.

We found that this work would normally solve the fault or issues in the car, however, as mentioned there has been an increased number of calls relating to the fault code U1900 still persisting on the car after this work has been carried out. At ACtronics, we always continue to work on our R&D and give the best customer service that is possible. So we were able to live test on a Ford Focus, which was suffering with a U1900 fault code, after the instrument cluster, ECU and key had been sent to us to be remanufactured. After testing the units, we deemed them to be all working and testing ok, so engineers believed there to be more faults on the vehicle. 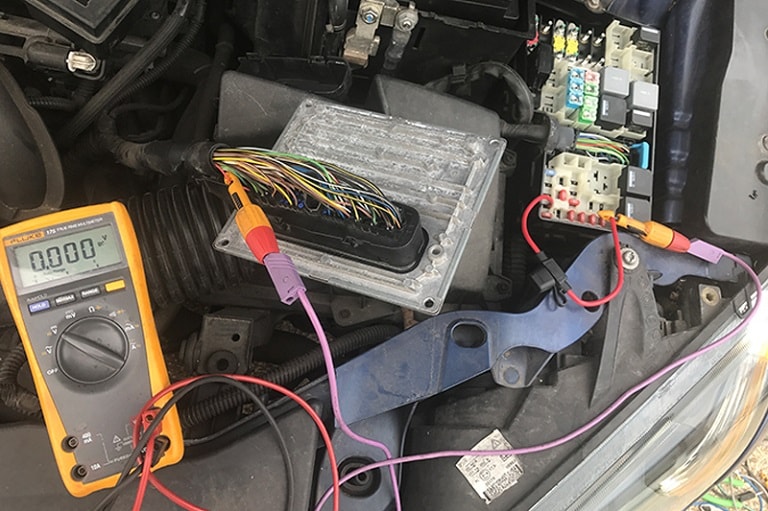 And as you can see in the pictures that it was confirmed that there was a wiring fault coming from the fusebox to the ECU, as it should be registering 12V however was reading 0. 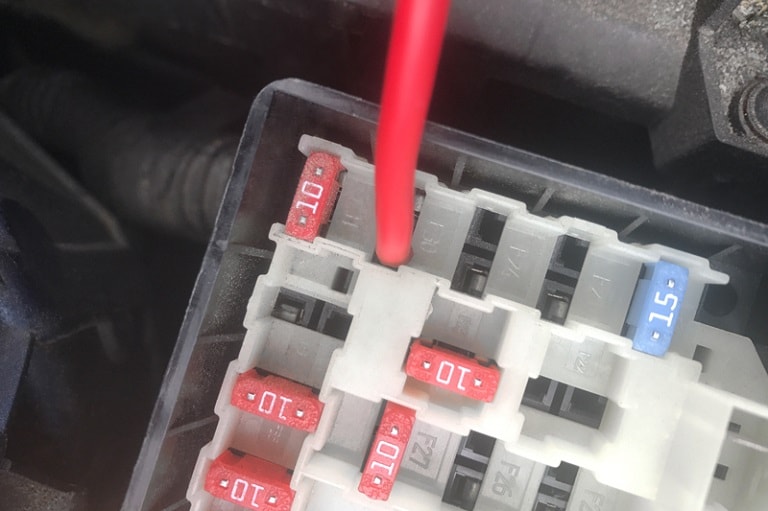 If we then made a temporary wiring bridge from the fusebox (Fuse F30) to pin F9 on the ECU the 12V supply returned and the vehicle would start.

This simple wiring test confirmed that there was a wiring fault causing the U1900 code within the car, it was confirmed that the fault was a permanent fault, after the multimeter was left connected with no fluctuations in voltage.

This diagnosis from our engineers, was then further confirmed once the garage had further checked the wiring they found the faulty wire which was causing the issues and once this was rectified the U1900 code disappeared, which meant the customer had a happy customer whose car was back on the road fully running.

Making sure that all diagnosis is done before sending your units to us is critical, as many faults on vehicles could be caused by many different faults and issues and to give our engineers the best chance of being able to find your fault when testing on our bespoke test benches, we are relying on all the correct diagnosis being done prior to units being sent to us.