How does a DSG gearbox operate and what are the differences between a DSG6 and DSG7?

What is the first thing you think of that is one of the most important automotive developments from 2003? No idea? Without probably noticing it, 2003 was a year that had a huge impact on the current automotive industry. Looking back in the history books shows that Tesla was founded that year, the new generation Toyota Prius was unveiled and the Volkswagen Group suddenly came up with a completely new gearbox that was used in the Volkswagen Golf R32: the "Direktschaltgetriebe", better known as the DSG.

A few years later, we can no longer ignore these three cars and automotive developments which have all became a sales success. In the fifteen years that followed, more than 26 MILLION CARS were equipped with a DSG6 or DSG7 automatic gearbox. But how does this system actually work and what are the differences between these gearboxes? You can read that in this article!

Operation of the DSG gearbox 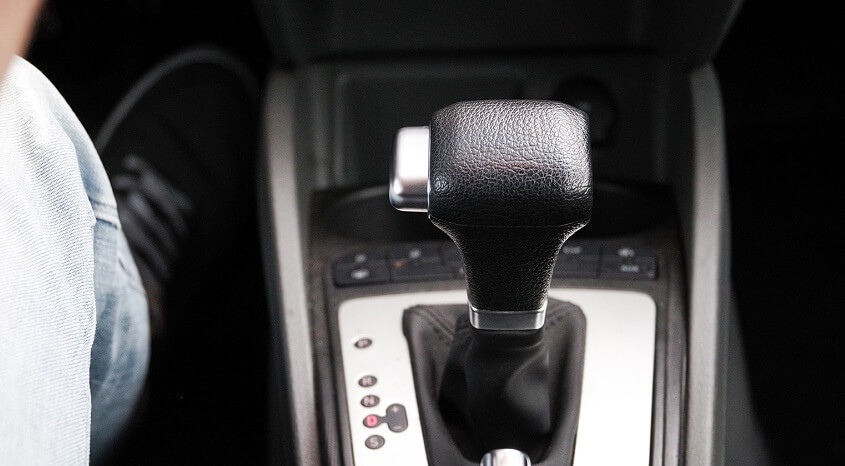 The DSG automatic gearbox, which is also known as the Direkt Schalt Getriebe or Direct Shift Gearbox, is a dual-clutch gearbox with two primary shafts, one operating the even gears and the other operating the odd gears. Despite BorgWarner developing the system on behalf of Volkswagen, this was not the first attempt at a dual-clutch automatic gearbox. Just as many innovations in the car industry can be traced back to motorsport, this is also the case here.

In the 1980s, the Porsche 962 already used a dual-clutch automatic gearbox. When shifting to the next gear, the gear is switched from one prize axis to another, with the next gear already engaged on the corresponding output (main) axis. When shifting, the clutch is disengaged from the "old" gear in a smooth motion and the clutch is coupled from the "new" gear in a smooth motion, so there is an overlap in the drive due to both gears.

In addition, the engine torque is slightly lowered when shifting up, while the motor torque is increased slightly when shifting down. This ensures fast and smooth shifting action without noticeable interruption in the drive. In addition, Volkswagen claims that the DSG also provides up to 20 percent fuel savings compared to the "standard" automatic gearbox with hydraulic torque converter!

The operation of the DSG in many ways is quite similar to that of a traditional manual gearbox and can therefore be described as a double-executed conventional gearbox. The big difference with a standard gearbox is of course that the DSG is electronically controlled.

Mechanically, the DSG6 gearbox can be described as a manual gearbox with two wet multi-plate clutches, two primary (input, primary) axles and two output (secondary) axles. An electronically controlled hydraulic control (mechatronic) ensures that the gearbox can operate fully automatically. As an option, an additional manual switching option can be selected (Tiptronic).

A two-mass flywheel connects the engine's crankshaft to the two clutch housings that rotate together in line with the crankshaft. The two inner carriers rotate independently on the same axis and each drive their prize axis via a fixed connection. Prize axis 1 rotates in the hollow prize axis 2.

Since the introduction of the DSG6, only two variants of this gearbox have been made. The most recent variant is the DQ400e. What makes this DQ400e DSG so unique is that it uses three clutches. This third clutch connects the electric motor to the combustion engine. This automatic gearbox is used, for example, in the Škoda Superb Mk4 and Volkswagen Golf GTE. The 'primordial DSG', the DQ250 unveiled in 2003, has actually remained unchanged since its introduction. The DQ250, which can handle up to 400 Nm, is still in use today. Below is an overview of the cars in which this automatic transmission has been used.

Despite the fact that this DQ250 gearbox can be described as very reliable and is loved by drivers, various faults can arise with the system over time. A flashing shift indicator (“PRNDS”) that appears on the dashboard, random or poor switching of gears or in some cases even complete failure of the gearbox, are known complaints to us with this unit.

When diagnosing a car with the DQ250 automatic gearbox and you come across one of the fault codes below, then you can be sure that the mechatronics is faulty. Fortunately, ACtronics has developed a remanufacturing solution for these faults which could solve the problem!

> Error codes for the DSG6 that can be remanufactured

Difference between DSG6 and DSG7

A new chapter in DSG history followed in 2008. The main difference between the DSG6 and the DSG7 is the LuK Clutch System. Where the DSG6 uses wet multi-plate clutches, the DSG7 gearbox uses two dry plate clutches. In addition, the DSG7 has an extra output shaft to which the reverse gear is linked.

Another big difference between the DSG6 and the DSG7 is the amount of versions developed over the years. At the time of writing, eight different variants have already been developed of the DSG7. The most famous and perhaps also notorious among car lovers is the DQ200.

The DQ200 was the first DSG7 gearbox to be produced. Despite the fact that this gearbox has an extra gear in store, this unit and the gearbox weighs in at 70kg but is more than 23 kilos lighter than the DSG6. The big disadvantage of this gearbox is the fact that it can "only" handle 250Nm of torque. This means that this DQ200 is mainly used in cars with smaller engines.

However, as we just briefly mentioned, the DQ200 is a notorious gearbox. In 2013, there was a worldwide recall due to problems with this gearbox, which forced 1.6 million cars back to the dealerships. However, that does not mean that all problems with this part have been completely resolved. As with the DSG6, the gear shift indicator on the dashboard may flash and the gearbox may cause gear shifting problems.

We also regularly see that the 30A fuse has melted due to a short circuit and that leakage and / or pressure loss occurs. If you come across one of these faults or any of the fault codes below when diagnosing the car, you know that there could be something wrong with the mechatronics in the DSG. ACtronics has developed remanufacture solutions for these fault codes!

> Error codes for the DSG7 that can be remanufactured