Easytronic that is able to swim

Sometimes parts enter our remanufacture department that stun even our engineers. The Bosch Easytronic F13/5 was one of these . We will explain why!

Recently we received a remanufacture request for a Bosch Easytronic in a Vauxhall Corsa D, that showed "F" in the display resulting in the car not being able to start. This type of fault combined with a transmission or clutch fault is quite common for this part. We asked the customer to send it in.

Remanufacture of the Easytronic F13/5

After our logistic department took in the parcel and transferred it to our mechatronics department, where our specialist remanufacture parts like throttle bodies and the mechatronics of the Easytronic and Durashift. Often nothing uncommon is seen on the outside of the unit. The part need to be tested and opened before the fault can be found. With this particular Easytronic unit the fault was very clear. After removing the protective sleeve of the electro-motor that drives the clutch actuator, it was clear that water and moist affected this Easytronic TCU. The corrosion on the electro-motor was obvious. This damage caused the circuit board and the mechanical part of the unit to fail. 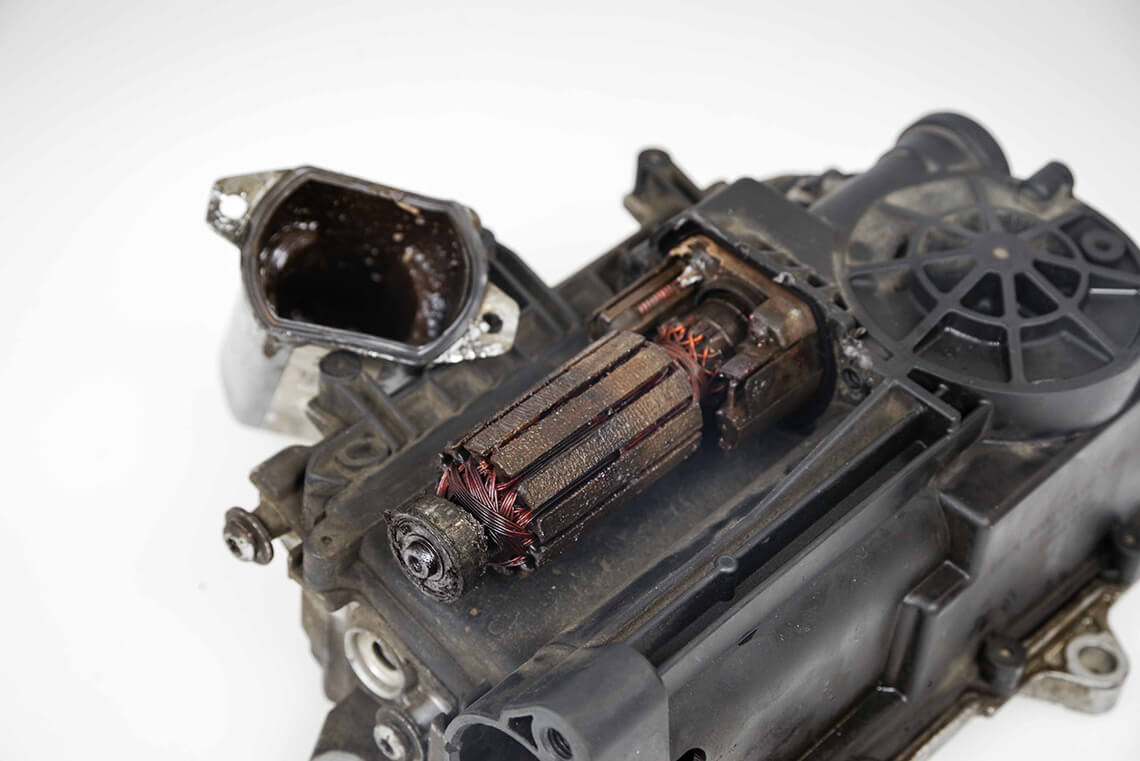 Does mean that this Easytronic unit is destined for scrap? Certainly not! After conformation of the customer we could do a special remanufacture. When the unit was remanufactured, the complete circuit board was replaced. The data from the old EPROM and flash memory was salvable and was transferred to the new circuit board. The mechanical part was replaced as well, as the electro-motor turned out to operate fine!

The big question though was if the unit would operate as it did before the water damage. The answer to that question is really short as it operated exactly as required. After several tests at our mechatronics department the TCU showed no faults and was ready to be replaced in the gear box of the Vauxhall Corsa it came from. Happy ending!