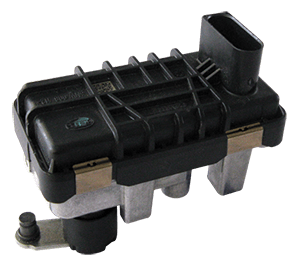 What is an actuator

A defective turbo actuator usually doesn’t cause engine damage, but it does reduce power. It may be that the Turbo is partially or completely failing or the vehicle has no power. The actuator consists of a number of components that can be defective such as electric motor, plastic worm wheel and a printed circuit boards. All these parts have various weak spots. If these components fail, ACtronics can replace them.

Test and remanufacture of an turbo actuator

The in-house developed test set-up of ACtronics offers the possibility to simulate and test the actuator. It is not only checked whether the actuator runs smoothly, but also whether the electronics work optimally. At the end of the remanufacure process an extensive final test is done to ensure that the remanufactured product works just as well as an original one.

Get the actuator remanufactured by ACtronics