Illuminated ABS light? How to solve the problem!

An illuminated ABS light: chances are that you have seen it appear on your dashboard at some point. In many cars, this light illuminates together with the other warning lights for a short time when the car is turned on to do a brief systems check. However, if the dashboard light is lit for a longer period of time, there is a good chance that something is wrong with the ABS system. In this article it will explain how you can solve this potential problem. 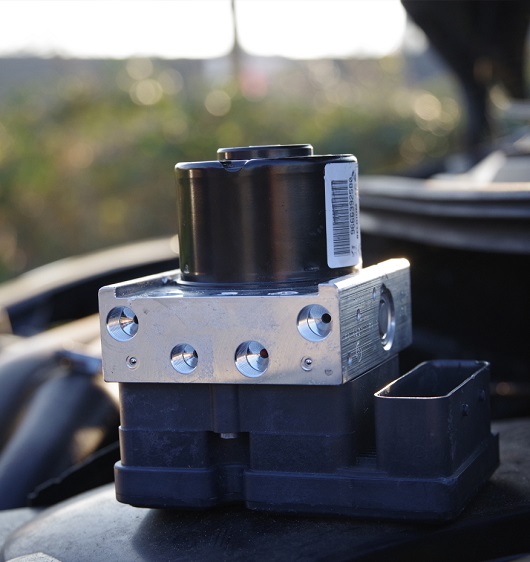 The ABS light is practically unmissable. In the vast majority of cars, this is a circle in which letters "ABS" are written. This warning light is usually orange in color, but in some cases it can also be yellow or even red.

The ABS system is an important control unit in the car of today. You will find when braking hard, the ABS unit will make this action a lot smoother under a controlled manner.This system naturally improves safety when driving, as we have already described Since 2004, the ABS system has been made mandatory by European regulations for the production of cars. Some cars will have an ESP function on the ABS system, which improves a vehicle's stability by detecting and reducing loss of traction (skidding). These systems over the years, as you could imagine, have prevented countless serious accidents. This is all the more reason for various European countries to regard an illuminated ABS light as a reason for an MOT failure.

Is it safe to drive with an ABS light that stays on?

Yes and no. As long as only the ABS light is on, it won't hurt to drive a short distance to either home or to the garage. For the aforementioned safety reasons, however, it is advisable to go directly to the garage so that the problem can be diagnosed as soon as possible. If there is more than one light illuminated, such as a red light with an exclamation mark in a circle, then it is important to stop the vehicle in a safe place at the side of the road and contact your local garage or recovery agent. If these lights have appeared then it is likely a dangerous failure has occured with the ABS system that needs to be checked and tested.

Causes of the ABS warning light

Although the ABS light already indicates a good direction where the defect is, there can be several reasons for the light to illuminate. Below are some of the most important reasons for this to happen.

Another component that is worth checking is the magnet and toothed ring of the ABS unit. These rings are in fact sensitive to dirt and damage that can disrupt the signal. It is important to pay particular attention to dirt on the magnet rings and damage on toothed rings.

It is also certainly worthwhile to test for continuity across the cabling and / or the plug of the ABS unit. A cable break can very well be the cause that the ABS light comes on, but can be hard to detect without sufficient testing.

A blown fuse can also be a good reason for the ABS light to come on. But even a hairline crack could cause the ABS light to be illuminated, so it could be worthwhile to replace the fuse whether it looks to be blown or not.

Finally, the fault can also be found in the ABS unit itself. As discussed in an earlier article, we often see communication problems with the ABS-unit, failures for the pump motor and errors on pressure and wheel sensors due to loose connections in the ABS unit.

If you have to deal with one of these internal failures in the ABS-unit, chances are that a remanufacture of the unit can offer a great cost effective solution. You can find your ABS unit in a few clicks via our search bar.

Please note: ACtronics only works with garages and car dealers. Are you a private individual? Look here for what we can do for you