As the evolution of cars and vehicles move ever more towards electric and autonomous, more and more electronic components, sensors and modern technology are being implemented and used in vehicles.
With the amount of electronic components in vehicles and the increasing amount of technology that is being added, it is important that when electronic components go faulty that they are diagnosed properly, as a fault could be caused by many different issues in many different units.
In most garages in this day and age, you will find a diagnostic tool of some description, usually Snap On or Launch, being the most common.
When your engineers are diagnosing vehicles with electronic faults, it’s not just as simple as plugging in the diagnostic tool and hoping that the tool will tell you your exact problem, you might find that there are lots of varying different codes in there, which could be causing the same problem.

If we take one of our common units into consideration, the Ford Focus II instrument cluster, when this goes faulty there are usually a whole host of issues and faults with it, including all illumination on the instrument cluster fails, warning lights either illuminate wrongly or fail to illuminate at all, gauges fail to work, the car will go into limp mode or possibly the car will fail to start. 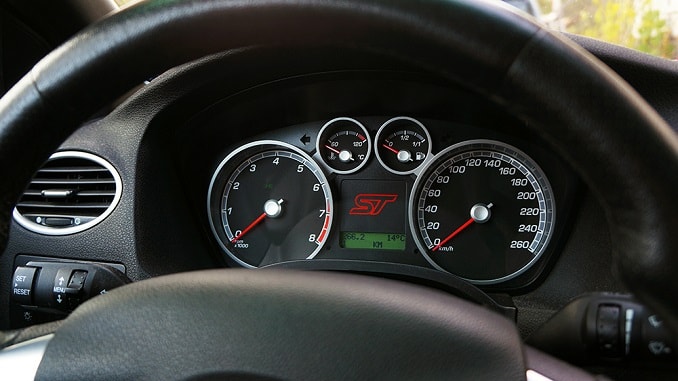 Nowadays though a lot of car owners will own OBD tools to self-diagnose at home to try and save money, but often do not have the experience or knowledge in being able to properly diagnose where the fault is, and would rather believe that the fault lies where the reader says.
Without proper diagnosis, there could be many areas where the fault may lie and as there are many units connected by canbus lines, which in turn are getting connected to many different sensors across the whole of the car.

This is why it is so important to have knowledge in diagnostics and testing when testing for faults especially when electronic components are involved as it could result in wrong parts being sent to us, which then ends up costing money unnecessarily.
If we go back to the Ford Focus II instrument cluster, it could be easily mistaken that if you have the vehicle failing to start that the fault could well be a mechanical fault somewhere on the vehicle.
However, if you are still unable to find the fault, this could then lead you to looking at an electrical fault, which wouldn’t be unforgiving if you looked towards the Engine Control Unit (ECU) for the fault, especially if you where you getting various different fault codes, however, it is most common to see ‘U codes’ such as U1900-20 (CAN) Communication Bus Fault – Receive Error or U2510-20 CAN – Invalid data for vehicle security, to name only a few.

For a very brief explanation into fault codes and their meanings; P Codes = Powertrain, C Codes = Chassis, B Codes = Body and U Codes = Network Communication.
So if you were to get one or a number of the common ‘U codes’ relating a Ford Focus II with any of the issues mentioned earlier for example, it would be fruitful to look along the immobilizer network, which contains the instrument cluster, ECU and key and the continuity between all three.

With these issues, we usually see the fault within the instrument cluster, which is typically due to a fault on the Printed Circuit Board (PCB), which is more often than not cracks in the networks and pins throughout the PCB.

This is why it’s important to be able to diagnose a car properly when using diagnostic tools, because fault codes can point you in the direction, but not the fault itself.
If you have faults with your electronic automotive components, either visit us on our website to see if we can remanufacture your unit www.actronics.co.uk or give our sales team a ring on 01206 849920.