Looking for a remanufacturing solution for Ford TCU? Use the filters above to select the correct part. If the correct part is not listed, please contact our customer service. 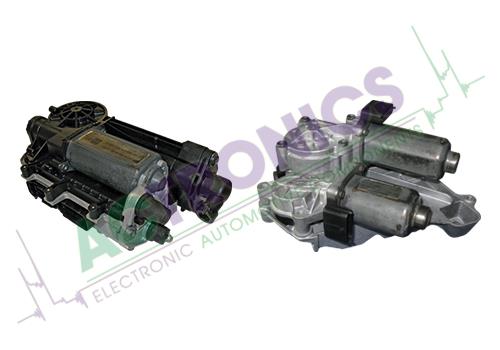 Like many other global car manufacturers, Ford is a good customer of specialist ZF Friedrichshafen AG for its gear boxes. However, for smaller models like the Fiësta and Fusion, Ford has looked for a simpler and cheaper alternative: a robotised manual gearbox. Ford calls this system "Durashift", but the real enthusiast will immediately recognize the shift engines and the clutch cylinder. Opel has an exact copy of this system, called Bosch Easytronic. Did Bosch also sell this system to Ford?

In any case, the system meets Ford’s requirements: Durashift can be relatively easily fit on an existing manual gearbox. It's cheap and easy to manufacture. Unfortunately, both the TCU (computer) and the shift motors can sometimes cause problems. ACtronics has a remanufacture solution in which all parts (not just the TCU) are addressed. This is not only cheaper than purchasing new parts, but it also offers the assurance that everything within the Durashift system will function properly again.

ACtronics remanufactures the TCUs for the following Ford models