The name ‘‘Durashift’’ already implies the system’s purpose: changing gears in the gearbox. Instead of choosing automatic transmission, Ford and Mazda went for a robotised gearbox for their smaller models. A choice, nowadays made by many others, since it saves a lot of space, weight and costs compared to a ‘‘real automatic transmission’’.

This strategy enables manufacturers to construct every vehicle (manual and automatic transmission) with the same manual gearbox. The only thing needed for going from manual to automatic transmission is a mechatronics unit that controls the clutch and the gears. A good idea, one would say.

What becomes defective in most cases

Unfortunately, it turned out to be not that simple in reality. Smoothly controlling the clutch without damaging the clutch plate poses a challenge, since a Transmission Control Unit (TCU), the brain of the system, cannot feel what we feel when we control the clutch. Besides, a TCU is assembled at a position where it is subject to many temperature fluctuations and vibrations, causing various defects. Another thing is that the system consists of many moving components and everything that moves, can become defective. It is therefore quite a challenge to develop a reliable system.
Let’s first take a look at the most important external weaknesses:

The clutch is always subject to wear so it is wise to first check the clutch and the pressure plate, before paying attention to the rest of the gearbox. A driver will not notice a damaged or poor clutch, since it is automatically controlled. For the layman, it seems to have become defective “all of a sudden”.

Even checking or replacing the hydraulic fluid (brake fluid) would certainly be no luxury. Many cases have shown that extensive flushing and bleeding solve the problem. Flushing and bleeding the hydraulic circuit also has other benefits: possible defects in the clutch actuator (see more below) are easily traced. The procedure has been designed in such a way that defects easily become visible when operating the clutch actuator. Its functioning is often faulty.

The ACtronics-tip-of-the-week: check whether the crankshaft sensor functions constantly and if it does not concern a replica. Defective crankshaft sensors often occur, causing the well-known ‘‘F’’ to pop up in the display. Imagine disassembling the entire gearbox, sending the TCU in for repair and then realising that only a simple sensor was causing the problem…

Except for the above-mentioned external defects, several things can go wrong with the mechanical system itself. In such cases, the ‘‘F’’ is also shown in the display and the gearbox changes gears inadequately or not at all. The system broadly consists of three components: the Durashift, the Gear Selector and the gear lever, of which the defects differ a lot:

Durashift is how Ford named its mechatronics that control the clutch. It consists of a TCU, a clutch actuator and an electric motor, each part having its own defects. Fortunately, there is a qualitative remanufacturing solution for each of these problems. We often come across the following error codes:

The Gear Selector Motors literally do what the name suggests: selecting gears. This component consists of two electric motors that are both controlled by the TCU in the Durashift. In fact, the Gear Selector Motors are not individual components, but form a separate part of the complete Durashift system. This makes it a little complicated, since the name is sometimes used to indicate the entire system, while in other times, it is only about the part containing the TCU.

It probably won’t surprise you that even the Gear Selector Motors become defective now and then. The complete unit must withstand numerous forces and movements, especially when the vehicle is used for short urban trips which requires a lot of changing gears. Because of that, the electric motors wear out relatively fast. Does this cause error codes? Yes, certainly, but it is essential to say that after finding the error codes, the problem is far from always in the Gear Selector Motors. We do receive many Gear Selector Motors where it turns out that the problem should be looked for in (a mechanical defect in) the gearbox.

The gear lever can also cause unusual malfunctions. Unlike a normal manual gearbox, the mechanism is not mechanical. The lever operates the gears by sending a signal to the TCU in the Durashift. Therefore, one could say the lever is more like a joystick. The position of the lever determines which signal will be send. You can imagine that the system does not function properly when the signal does not reach the TCU, but what is interrupting these signals? It is often the case that the contacts of the different positions (R, N, D…) are damaged. 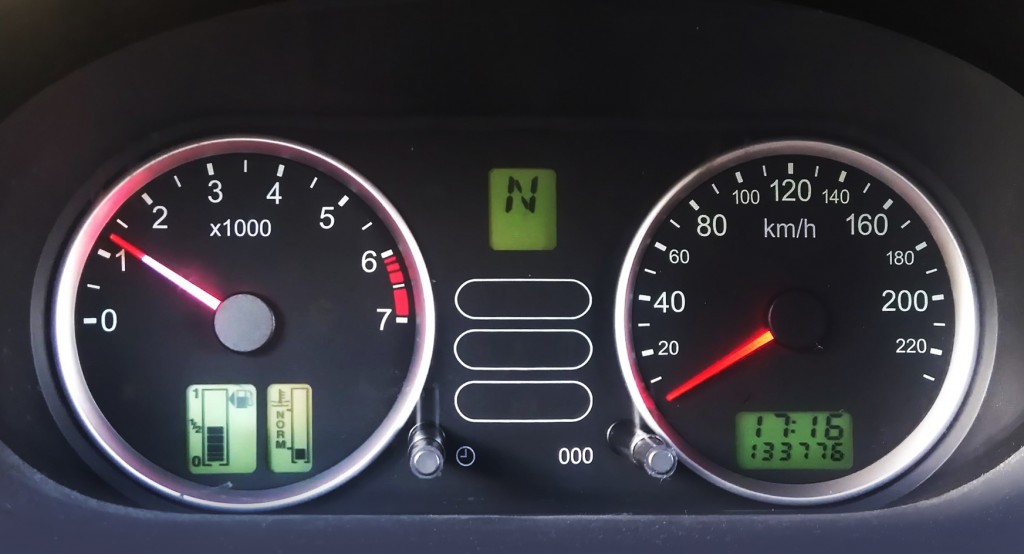 In short, many things can go wrong. A good diagnosis is essential to come to a good solution, next to using the proper terms…

The TCU has multiple weaknesses. As a preventive measure we check all weaknesses, whether they are defective or not. The story is broadly in line with that of remanufacturing ECUs: the delicate connections become overloaded due to temperature fluctuations and vibrations, resulting in damage. Luckily, this is repairable. Replacing components on the circuit board is also often needed.

The clutch actuator (mostly the pump in the actuator) may start to leak or become stuck. If repairing is not possible, we replace this component with a new one.

Electric motors of the Gear Selector

We are aware of the weaknesses of the electric motors, just like we are with those of the TCU. For that reason, the component goes through a standard process where all weaknesses are checked. It is rather simplistic to state that this remanufacturing process is identical to that of a starter motor, since a lot more is involved, but some steps are certainly familiar.

Finally, all components are reassembled and the complete unit is thoroughly tested in our special test setup. We are only returning it to the customer once we are absolutely sure that it functions as it should.

It is hard to get into further detail after what has been explained, so we won’t, but we would like to share the following things with you:

Programming the parameters is not easy and we often see things going wrong once the procedure is not correctly followed. The software can become defective with all the associated consequences. Therefore, an instruction has been developed, which can be found on the website at product information. Please follow this procedure correctly.

The Durashift has had multiple updates, where part numbers were changed. These part numbers are not exchangeable, make sure to get the correct one for the right vehicle.

(Dis)assembling the unit is of such complexity that a disassembly instruction was written which can be found on the website at product information. Another important thing: disassemble the clutch actuator, but do not send it if nothing is wrong with it. This component is very sensitive to transport damage.