Remanufacturing at ACtronics is a safe stop!

As with anything there is always an evolution when something becomes outdated and does not perform to the best of its abilities, so something new and better performing alternative is then needed to replace the outgoing, especially when safety is involved.

For example, the Bosch 5.7 ABS, which came into production in 1998. This was found in almost all mainstream makes of vehicles including BMW, Mercedes, PSA and VAG.

This was then superseded by the Bosch 8.0 ABS which came into production three years later in 2001. This unit is extremely versatile and can be found operating on both cars and motorbikes. As Bosch looked to make the ABS unit more reliable, they produced two versions of the unit, the 8.0 ABS and the Bosch 8.0 ESP. 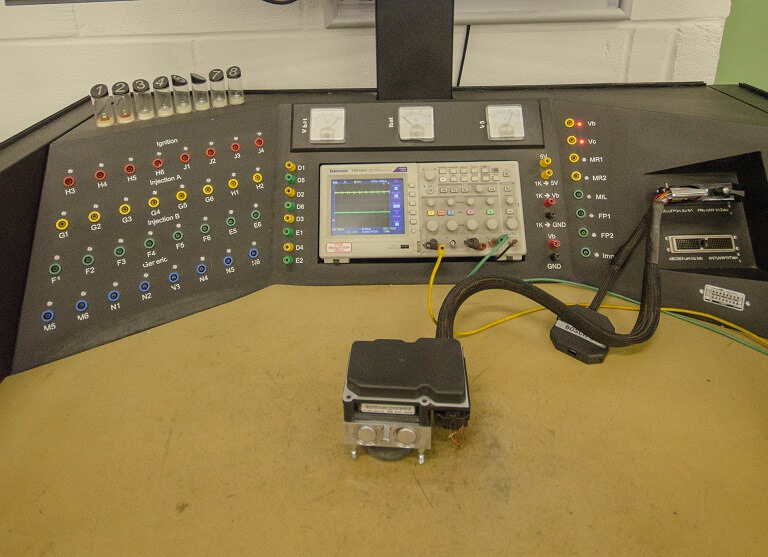 The ABS units’ main purpose is to avoid wheel lockup and uncontrolled skidding by using sensors in or on the unit. The unit will release the brakes for a millisecond and then lock them again to enable the driver to maintain control of the vehicle.

The ESP units includes the ABS unit with the added benefit of traction control. It does this by sensing when the wheels are not in line with the steering angle, for instance if the vehicle is in a skid or slipping on ice or mud. The ESP will attempt to correct this by slowing down one or more wheels consequently using oversteering and understeering to realign the vehicle.

Although both are more reliable and safer than that of the predecessor, they still have their failings and can become faulty over time. In this article we will discuss faults with the Bosch 8 ABS unit which is found in Ford, PSA, VAG and Vauxhall vehicles. It should be noted that there are certain faults that reoccur with all ABS units due to general wear and tear.

We often find that the Bosch 8 ABS will suffer with a “recirculation pump electrical fault.” However, it is not always just the pump motor that needs to be replaced to fix the fault. More often than not there will also be damage on the PCB caused by the pump motor becoming stuck and sending too much voltage through the unit. This will usually blow the drivers within the unit itself as a precaution to protect the key processors on the unit.

Another common problem that we find with this particular unit is a “Solenoid valves supply voltage fault”, which kind of is as it says, a voltage fault. 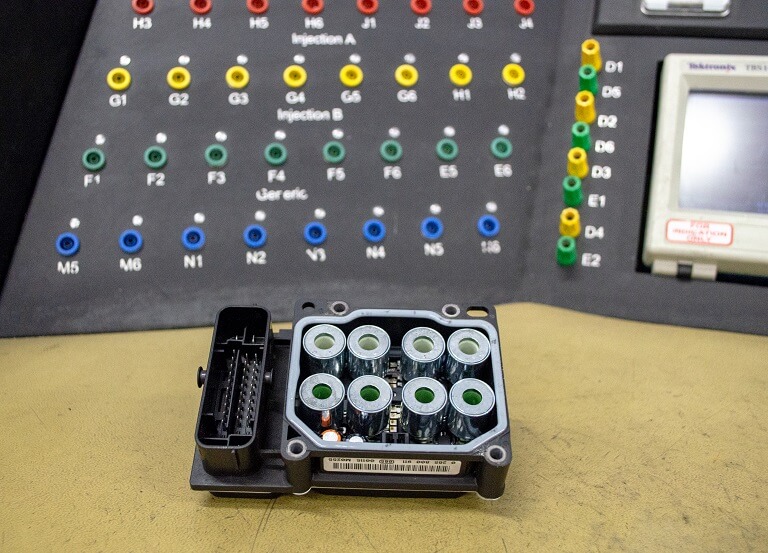 We would always advise to check the wiring when this fault occurs as voltage to the unit could produce this fault code. We also see faults with the coils of the solenoid valves which will cause the bonds internally to become loose or break.

Most commonly we find that the unit suffers from no fluid flowing through to one of the wheels, usually to the nearside front. We see this as a fault due to brake oil not being maintained or changed regularly during servicing. This allows debris to flow through causing issues within the Hydraulic Control Unit. We always suggest that if you do have any ABS issues or faults, that other checks on the vehicle are made prior to sending an ABS unit to be tested.

This should include testing wheels sensors, ABS reluctor rings, the ABS plug for bent pins and replacing any fuses even if they look to be intact, as hair line cracks in a fuse can cause ABS faults to appear even when they are not present.