Ode to the Skoda Yeti: the sidekick of the VAG family

The model range of VAG has a fair amount of parallels between the different brands, Audi, Volkswagen, Skoda and Seat. For example, the Volkswagen Polo is built on the same under carriage as the Audi A1, the Seat Ibiza and the Skoda Fabia. Or the Volkswagen Up!, that shares many components with the Seat Mii and the Skoda Citigo. Thera are of course models as well that are a bit more exclusive. The Skoda Yeti is one of them. Read the explanation below.

The history of the Skoda Yeti goes back to 2005, when a concept of the model was introduced at the Motor show of Geneva. Rap-artist 50 cent was listed high in the charts so a funky car would fit right in at the time. Skoda understood this. In Skoda’s main office in Mladá Boleslav (a small town north of Prague) a design was made up that would be tough and innovative. The result was the Yeti.

Though the name refers to the abominable snowman in the mountains of the Himalaya, the Yeti was far from abominable. The view was very good because of the high position of the driver, while due to its compactness it was very easy to handle in city traffic. A city-car that as compact SUV was usable as an off-road car. Besides it ‘s original looks it had some very clever tricks. An example on the Yeti would be the vertical screen wiper that moves horizontally over the complete windshield. The Yeti was a concept-car that was looking to the future and therefore had some progressive features.

After the successful introduction on one of the biggest motor-shows in the world, the actual production did not start until 4 years later. Again on the motor-show in Geneva the Yeti was this time introduced as a production model.

The square design was saved, but the innovative windscreen wiper did not make it in to production. The Yeti did get the Varioflex system that was ‘borrowed’ form the successful Skoda Roomster. In the rear are 3 separate seats that easily can be moved forward and backward or removed all together. This fits with the off-road-roots, so you can load the car full of, er, stuff! The Yeti had more options that would be helpful on a rainy day in the country. The yeti was available with all wheel drive and hill descent control was an option as well. This together with a decent under carriage and flexible suspension made the Yeti not only very practical but very comfortable on every kind of terrain. Something Jeremy Clarkson agreed on when he did some crazy test on this car.

The Skoda Yeti was a hit. The Yeti was chosen as family car of the year by Top Gear in 2009. These commendable reactions made the Yeti a sales success. In the first full production year 45.000 Yeti’s were sold and in 2012 the line of 60.000 units was crossed. In comparison, in this period more Yetis were sold than Superbs. This was probably caused as well by the fact that many different engines were available for the Yeti, so there was a Yeti for every wish. There was a Yeti with a 1.2 litre petrol engine, a quick 1.8 litre, that with 160 BHP managed to drive at 125 MPH and a DSG equipped 2 litre diesel engine.

In 2013 Skoda introduced a new Yeti model on the IAA in Frankfurt. The two extra lights in the front bumper were removed so, the front view was along the lines of the Octavia that was introduced in 2012. The post-facelift model came as a standard Yeti or the Yeti Outdoor. The differences being the black coloured front and rear bumpers of the Outdoor model. Technically there were some changes as well, the clutch was renewed, the rear camera was an option as well as keyless entry. These changes caused the sales number to keep on rising to 64.000 sold models in Europe in 2015.

In 2017 Skoda ended the Yeti that eventually sold 450.000 times. The Yeti was succeeded by the Karoq that would be produced on the MQB a1 platform. The same platform as the Seat Ateca and the Volkswagen T-Roc. And that rounds up our VAG story! 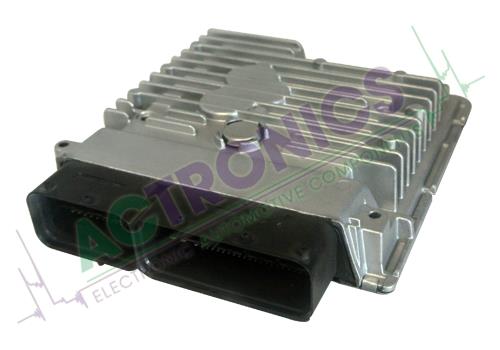