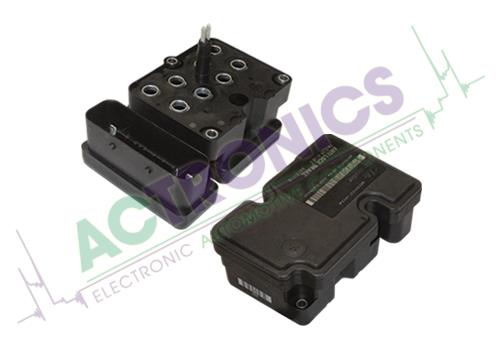 Since the ATE MK 70 (also called Continental / Teves MK 70) is a result of the continued development of the ATE MK 60 , we’ll keep it short. For the ones who would like to more know about how the ABS system works, checkout the ATE MK 60 article. For now, it is important to know that an ABS unit consists of a pump motor, a Hydraulic Control Unit (HCU) and an ABS ECU.

Most complaints about the MK 70 are by far about wheel sensor errors and communication with the ABS ECU. The brand or the car model does not seem to make a difference: Citroën, Ford, Mazda, Opel, Peugeot, Renault, Seat, Skoda, Suzuki, VW…, they all encounter the same problems. Therefore, we will not annoy you with long lists of error codes, since they differ per brand and car model. However, it is interesting to know what becomes defective.

In case of complaints regarding wheel sensors

Components on the circuit board of an ATE MK 70 ABS ECU often become defective. This interrupts the signals of the wheel sensors, which is often due to one or more defective processors. Replacing this is specialist work, since every processor is attached to the circuit board with 128 connections. A large heat sink causes elements to cool down very quickly during soldering. Removing and soldering a processor is therefore not possible without a special process where the cooling down is no longer a problem. Our R&D development team found a good solution for this.

In case of complaints regarding communication

It sometimes unfortunately happens that communication with the ABS ECU is not possible anymore or that CAN- related errors are found. In such cases, the problems are often caused by the processors, meaning we will have to replace them.

Once in a while we notice complaints regarding the pump motor. Most of such complaints are due to moisture damage or damage caused by brake fluid that leaked into the pump motor. This is not always repairable, but we do offer a fully remanufactured unit that can replace it.

Each component that enters our ACtronics building is first comprehensively tested with our Vision test environment in order to diagnose the problem. Instead of solely checking the complaint, we go through all the known weaknesses of the component. Only when the problem is very clear, the unit goes on to the remanufacturing process. 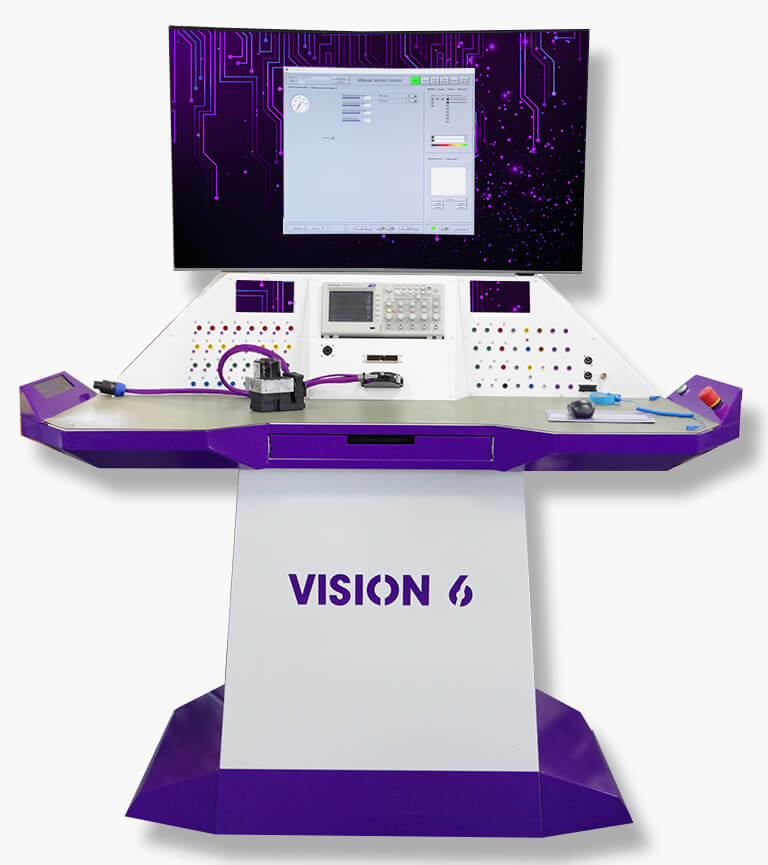 Before we continue with remanufacturing, we will first have to remove the ABS computer (ABS ECU) from the hydraulic part (HCU). Once disassembled, the ECU is ready for remanufacturing.

In contrast to, for example the Bosch ABS 5.7, the ABS ECU of ATE MK70 is not remanufactured by our Bonding department. Since there are no ‘bond’ connections on the circuit board of the ABS ECU, all connections are direct soldering joints. Repairing and replacing such components is always performed by our experienced employees of our R&D department. Luckily, our R&D department developed a proven method for professionally replacing the processor. 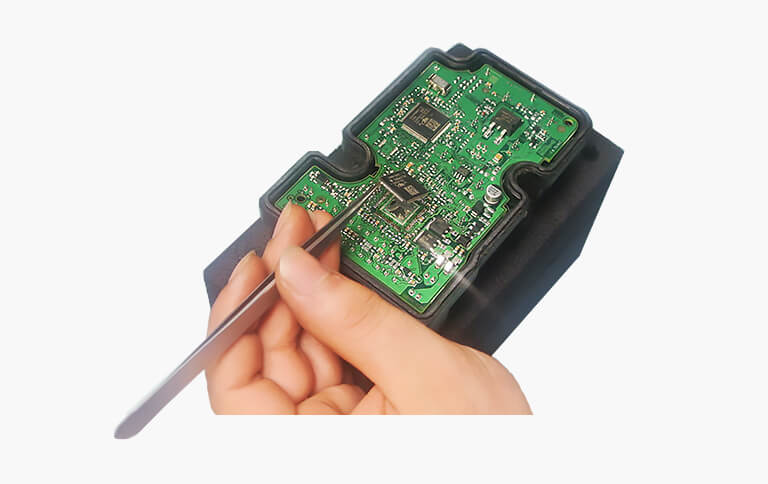 Want to know more about the ‘bonding’ technique? Take a look at the articles about the Hella turbo actuator and the Bosch ABS 5.7, at ACtronics, in which the ‘bonding’ technique is explained.
Once the ECU is remanufactured, the components are properly reassembled. However, before returning it to the customer, it is tested to check if it functions like it should. Again, the entire ECU is monitored instead of just checking if the complaint has been solved: the difference between repairing and remanufacturing.

From a technical point of view, not much has been adjusted since the ATE MK 60, except for the weight and the processor speed. The ATE MK 70 is more compact and weighs less than its previous one: the complete unit including pump only weighs 3.53 lb. Its reduced weight was accomplished by minimizing the size of the HCU and the pump motor. Luckily, the pump motor did not have to compromise on power: because of new techniques, the new pump motor became even more powerful than its predecessor.

Another interesting thing for technicians: the most important pin assignments of the plug. ATE cleverly classified the plug, since both pins for the power are separately positioned at the right (pin 1 and 14). Both pins for the mass are separately located at the left (pin 13 and 26). Ideal in case you quickly want to measure if there is any voltage. Unfortunately, we cannot help you with the other pins: they differ per brand and car. Refer to the wiring diagram that belong to the car in which the ATE MK 70 is located.

Before disassembling, we recommend disconnecting the battery and only reconnecting it once the ABS is assembled again. It is known that in some vehicles, the ABS system needs to be re-initialized. Keep this in mind when reassembling.

The disassembly differs hugely per car model, please refer to the available documentation of the manufacturer. We want to stress that the hydraulic parts of the system are made of aluminium. This material is relatively soft, so be careful when loosening and tightening the brake lines.