Mercedes-Benz would not be Mercedes-Benz if the brand would economise on luxury. Therefore even the smallest models are equipped with a highly comfortable automatic transmission. Both the Mercedes-Benz A-Class (W169) and the B-Class (W245) are provided with a Mercedes-Benz Temic VGS 722.8: a Continuously Variable Transmission (CVT) with torque converter.

This combination was deliberately chosen, since a CVT usually requires relatively little space and functions quite comfortably. Therefore, ideal for the smaller Mercedes-Benz. The addition of the torque converter is, in a technical sense, not necessary, because it could have easily been done with a (somewhat cheaper) automatic plate clutch. However, a torque converter generates a total ‘‘Mercedes feeling’’. This is because a torque converter slips: as it also does in the more expensive Mercedes-Benz models with automatic transmission. In addition, a torque converter multiplies the engine torque until there is no slippage anymore. A characteristic that empowers engines while driving off, especially those with a low torque. This combination enables a luxurious driving experience, which is exactly what you would expect from a Mercedes-Benz.

The management of the CVT with a torque converter is conducted by mechatronics: a component that consists of mechanics and electronics. By mechanics, we mean the labyrinth of channels and valves that control various components within the CVT through these channels. The electronic component is the TCU of the Mercedes-Benz Temic VGS (or Autronic: how Mercedes-Benz calls it). Defects may arise in these electronics, resulting in error codes. The rather large list below shows which error codes relate to a defective Mercedes-Benz Autronic:

We will explain more about the functioning of the Autronic later, but we can already recommend to think about defective mechatronics once one of the error codes above appear, even though these error codes might also refer to a mechanical defect.

There are also error codes that refer to a mechanical defect in the CVT itself, rather than a defective mechatronic. Due to wear, slack might occur with all the associated consequences. The error codes we see here have often to do with the functioning of the pushbelt or an incorrectly measured oil pressure:

In short: we advise to first check if the CVT is mechanically in order, before thinking about the mechatronics. Need technical support? You may always contact our Customer Service.

Our remanufacturing process mainly focusses on the TCU instead of other CVT components with a torque converter. We therefore recommend to keep the labyrinth to prevent transport damage. Since the cause of the complaints or the error codes can be mechanical, all components that enter our building go through our entry-test. As soon as it becomes clear where the problem is located, the remanufacturing process can be started.

We cannot repeat it often enough: ACtronics does not repair components but remanufactures them. We know that TCU’s can be sensitive to defects and want to be absolutely certain that a remanufactured TCU lasts at least as long as a new one. Therefore, we do not solely restore the found defects but guide every TCU through the standard process. During this process, the protecting gel is (if necessary) professionally removed. Once the components and connections are visible, we can start with repairing and replacing. Replacing connections is a delicate process, but through our years of experience this is no problem for us.

What follows is the final test, to check if all the features function like they are supposed to. Our test setup enables us to simulate the car, including incoming signals like those of the different speed sensors. This distinguishes us from other repairers. Finally, the repaired TCU is provided with highly suitable and special protection gel. The ECU is enclosed by a cover that was developed by ourselves. However, our care does not stop here. We even thought about the packaging of the TCU. The sensors sticking out can easily break off. Therefore, we developed special transport packaging for multiple TCU’s, reducing the risks for transport damage. 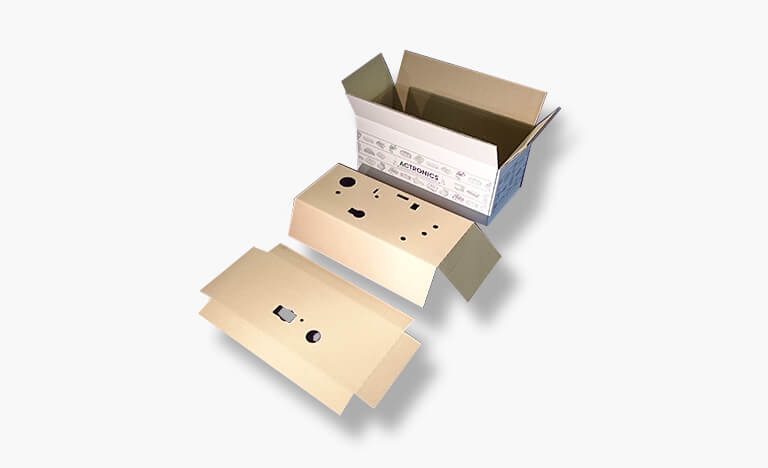 Tip: think about how you pack the product. Protect weak elements extra well. In case you would like advice about how to pack a TCU properly, you may always contact us.

A description of how the Temic VGS functions would be incomplete without involving the CVT with a torque converter. Before you can understand what a TCU like the Temic VGS controls, it is important to understand how the CVT roughly works.

Therefore, we’ll first try to briefly explain the principle of the CVT:

A gearbox with a continuously variable transmission basically consists of two pulleys and a pushbelt. The gear ratio from the engine to the drive shafts is steplessly adjustable, due to adjustable radiuses of both pulleys. This adjustment functions hydraulically. By providing or reducing the oil for the pulley, the sloping sides of the pulleys move towards or from each other.The closer these sides get towards each other, the more the pushbelt of the pulley is pushed of its central ‘‘position’’ in an outward direction: leading to a higher radius of the pushbelt around the pulley. By varying the distances between these sides, the gear ratio can be changed.

Solenoid valves and speed sensors are required in order to manage the extent in which the pulleys adjust themselves. The velocities of both the driving pulley (motor side) and the driven pulley (differential side) are measured. It is up to the TCU, the Temic VGS, to determine the amount of oil that the valves transfer to the pulleys, in order to adjust the gear ratio. However, the Temic VGS manages four valves, not two. What are the other two for?

Except for controlling the gear ratio, the Temic VGS is also responsible for operating the torque converter: this is where the other two valves are used for. A negative characteristic of a torque converter is that the circulated liquid in its housing is never able to ensure that 100% of the engine torque is converted into the rotating output shaft. Unfortunately, there is always some loss. In order to eliminate this loss, a lock-up was placed in the torque converter itself: turning it into a solid connection between the engine and the CVT, just like a conventional clutch plate does in manual transmission. This prevents any slippage.

An image of the Temic VGS, assembled with valves on the labyrinth. Purple indicates the position of the valves.

Now that it is clear that the Temic VGS is responsible for controlling all these components, it might be easier to imagine that various complaints may arise once one or more valves are not controlled like they should. The TCU is literally the key element of the system. However, except for errors regarding sending commands to the valves, other problems might arise when the TCU does not receive the correct input. The Mercedes-Benz Temic VGS receives its signals through 3 speed sensors (that are attached to the TCU itself) and a CAN bus connection. An interruption or deviation in these signals can have major consequences.

Finally, another tip: a test you can perform yourself as a technician is measuring the voltage going through the plug. Therefore the pin assignment of this plug is showed below: