Even though air conditioning has been around in cars for over 80 years, stories and facts still haunt about which no one knows for sure whether they are correct or not. High time for some answers. We have selected 5 fun facts for you. 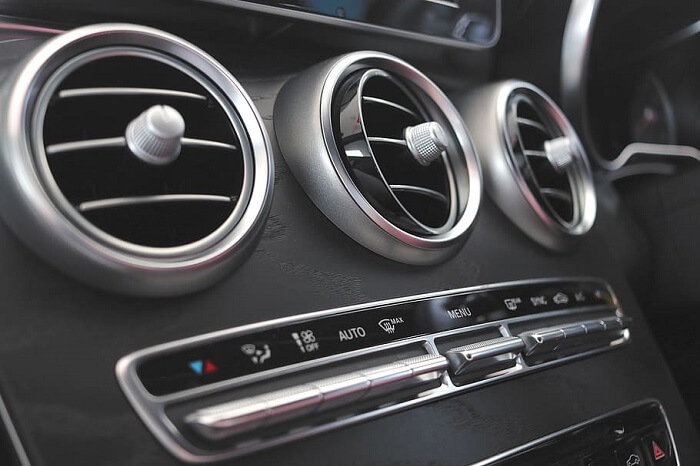 1 Turning on the air conditioning in the fall and winter really helps!

Air conditioning was initially not invented at all to cool the air, but mainly to lower the humidity. Commissioned by a printing company, it was Willis Carrier who therefore designed a form of air conditioning in 1902. The printer had the problem that the ink remained too fluid in hot and humid weather and therefore did not want to adhere to the paper. Reducing the moisture content in the air allowed the ink to dry out properly.

The air-drying effect of an air-conditioning system is particularly useful in autumn and winter, because car windows fog up quickly in cold and damp weather. In this case HVAC is therefore an ideal system for quickly demisting the windows. So always let the air conditioning blow to the maximum when the windows are fogged up, even in winter, when you have set the temperature high. Small side note: Below 5 ° C the air conditioning system will not switch on. This is to protect the system against freezing. However, the system takes care of this automatically, so you don't have to pay attention to it yourself.

2 The compressor cannot do without refrigerant

Unfortunately, this is really true. The compressor depends on the circulating coolant for its lubrication and does not have its own lubrication system. Research has shown that once the level of the refrigerant has dropped by 10%, as much as 40% of the lubricating capacity is lost. This causes excessive wear. Incidentally, it is hardly possible to check whether the liquid level has really dropped, because an air conditioning system does not have such a thing as a dip stick. Not that this would be useful with a volatile liquid like R134a or r1234yf, but that aside ...

3 The air conditioning system must be filled every 2 years

Keep in mind the story of point 2 and then read the following fact: The Society of Automotive Engineers (SAE) has designed the universal HVAC fittings and these fittings are known to have an 'acceptable leakage rate' of 14 grams per annum. A simple calculation tells us that an average system with 8 fittings can lose about 224 grams per 2 years. With an average system that uses about 600 grams, you will miss more than 35% refrigerant after 2 years! That can never be good for the compressor of course.

4 HVAC is ideal for people with hay fever

This is indeed correct. Every modern HVAC system has a pollen filter. Often this is also an active carbon filter, which stops other substances besides pollen. The filtered air that is blown into the car is literally a relief for people with hay fever. Of course, most cars without air conditioning also have such a pollen filter, but in warm weather a window will have to be opened, which means all the pollen is happily blown in again. So: Windows closed and air conditioning on, if you suffer from hay fever.

Tip: If the control panel no longer works properly or if the displays start to show signs of malfunction, please contact ACtronics. We have a suitable remanufacturing solution available for a large number of HVAC systems.

5 What is more efficient: open the window or the air conditioning on?

We conclude with a nice discussion on which opinions will always remain divided, even though General Motors made a serious effort in 2004 to answer this question definitively. Several studies (organized by GM) showed that driving with the air conditioning on really leads to higher fuel consumption than driving with the windows open.

You may wonder to what extent you can achieve the same temperatures and the same comfort (wind noise) with the windows open. So is this actually a fair comparison? Moreover, the air conditioning system has become much more efficient in recent years. For example, the air conditioning now switches off automatically under certain circumstances. Think of full throttle situations and times when the temperature may be higher without the need for demisting. Add to this the fact that a (long) idle air conditioning system will fail more quickly due to the lack of lubrication and there will also be enough people claiming that the money you save on fuel costs is needed for additional repairs. So let's just say that if a car is equipped with HVAC, it is very pleasant and sensible to use it regularly.