Explanation of a car TCU

A TCU (Transmission Control Unit) is an electronic component that is used in automatic gearboxes in modern cars. As the name suggests the TCU like the ECU is a computer that controls the mechanical components in the gearbox. This computer uses several inputs to calculate the output values. These values are used to drive the mechanical parts. This might sound a little cryptic, but in this article, we will try to clarify the TCU. Common faults will be discussed as well. So, a valuable read!

The era before TCUs

Automatic transmissions have been around for a long time. The first automatic gearbox was introduced by General Motors in 1939 under the name Hydramatic. Electronic control did not exist at the time, to control the gearbox and find the best time to shift, car manufacturers trusted the proven hydraulic control. It took until the 80s before the first electronic transmission appeared and it took until the 90s before these became common. Even though it took a long time for the TCU to be developed, they have become very popular in recent years. Nearly all automatic transmissions are controlled by a TCU (sometimes combined with a solenoid valve block) to make it possible to drive with the optimum gear ratio. 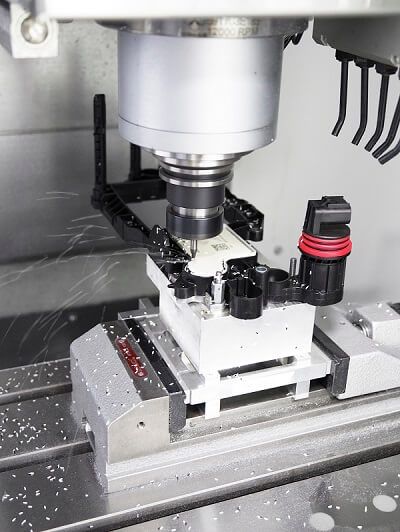 Before we get in any deeper on the workings of a TCU let us see what kind of automatic transmissions exist. There has never been a certain standard in the automotive industry. Many different companies have invested in gear box technology, that has led to very different solutions. Most common types:

Especially the torque converter of the 7G-tronic of Mercedes-Benz (also known as 722.9) looks most like the original Hydramatic of General Motors. But looks deceit. It uses planetary as well as Ravigneaux gears, so the 9-gear (7 forwards) gearbox is very compact. This gearbox uses a TCU as well. Based on parameters like number of revolutions and the position of the accelerometer the correct gear is chosen.

In cars with a robotised manual gearbox the transmission is controlled by a TCU that controls the clutch and shift motors. It is the cheapest way of making an automatic gearbox: use a conventional manual gearbox and add the automatics on to it. Examples of this type of transmission are the Vauxhall Easytronic and Ford Durashift, but manufacturers like Alfa Romeo, BMW, Fiat, Honda and Toyota all have their own versions.

A car that is equipped with a Continuously Variable Transmission does not have fixed gears. The most common type of CVT uses a V-belt which runs between two variable diameter pulleys. The pulleys consist of two cone-shaped halves which move together and apart. The V-belt runs between these two halves, so the effective diameter of the pulley is dependent on the distance between the two halves of the pulley. The input pulley is driven by the engine while the output pulley is connected to wheels via the differential. A TCU controls this process. The 722.8 transmission by Mercedes-Benz and the Multitronic transmission by Audi are two examples of the modern CVT.

A double clutch gearbox is a type of transmission that is gaining in popularity. The best-known example of this type of transmission is the DSG (Direkt Schalt Getriebe or Direct Shift Gearbox) made by Volkswagen AG. The system uses two clutches and two shafts: one for the odd numbered gears and one for the even numbered gears. The big advantage of this configuration is the time it takes to shift gears. Because of the dual setup, the next gear is always preselected, so to shift to the next gear all that needs to be done is release the clutch. Many car manufacturers are using these kinds of transmission but DSG is one of the most common.

Inputs for the TCU

To control the transmission the TCU uses various sensors and inputs. It would go too deep to explain all of them, but her is a list of the main inputs.

Many automatic transmissions have the choice to manually change gears with the gear selector or pedals on the control wheel. Often it is possible as well to change the transmission to sports or comfort mode.  The TCU will compute the inputs directly, but will not drive the actuators until all requirements have been fulfilled.

The TCU will receive speed data via the CAN system that is send by either the ECU or the ABS ECU. The signal of the speed or wheel-sensor is translated by one of these systems to a CAN message and broadcasted over the CAN network information system. This assures that the signal is send to every different computer in the car. Some TCUs are equipped with internal speed-sensors, these TCUs can verify the car’s speed themselves. An external input will then not be necessary.

A TCU has the option to advance or delay the exact moment of gear change. This is especially useful when quick accelerating or braking is required. The position of the accelerometer and brake pedal provide valuable information. In some situation even the information of the brake lights and kickdown switch is used as well.

If the input of the accelerometer (and brake pedal) is missing because the cruise control is switched on, the TCU has to get these values from another source. If an adaptive cruise controls system is used this will get a little more complicated, the cruise control system has to provide these inputs.

Temperature, pressure and throttle valve position. Several sensors monitor the ambient values, these are of great importance to the TCU. Apart from the temperature, pressure and throttle body position sensors it is also important to know the position of the gear lever and if the transmission is engaged. In summary, the TCU receives a vast amount of data to make the right decision at the right time.

Outputs of the TCU

Using the parameters discussed before, the TCU decides what parts to control. Often this is just a signal being send by the TCU, but it can also be the actual voltage for a certain component. Here a list of the output components.

Many automatic transmissions use solenoids to change gears. The solenoids create hydraulic pressure to and from the gear box so the plunger and forks can operate. The TCU sends an electric feed to the solenoids to activate them.

Apart from the Shift solenoids the transmission uses pressure control solenoids to for example, use the clutch, lock the torque converter or adjust the system pressure. These solenoids work on the same principle as the shift solenoids, but have a different use.

Part of the output of the TCU are CAN messages. These messages are shared on the CAN network, so other control units are able to use this information as well. Think for example of the gear position indicator on the instrument cluster.

Even though the shift motor has the same function as the shift solenoids, it operates differently. Shift motors are used to change a conventional manual transmission. The control cables to the gear stick are changed by two powerful electro motors that take over the manual gear selection. The amount of power (=current x voltage) that the electro motor needs is too large to send via the TCU. In this case the TCU only sends a signal to activate the motor. The electric power comes straight of the fuse box.

Symptoms of a faulty TCU

Now that we have explained the operation of the TCU, it will be interesting to have a look at the symptoms of a faulty TCU. What will the driver notice when the TCU fails?
A first and logical fault is that the transmission will not shift to another gear. If the TCU cannot communicate with the actuators anymore, then nothing will happen. It is fairly common though that the TCU does not fail completely and is still trying to change the gears. This is usually accompanied by shocks and bumps. Both faults are easy for the driver to notice.  As well because these faults are normally indicated on the instrument cluster. This can be shown by means of a specific indicator or a fault code; ‘F’ or ‘-‘ is used by the Vauxhall Easytonic or Ford Durashift transmissions.

A less noticeable fault exist when TCU creates a fault code. Only when read by a garage with the proper equipment will the TCU show the saved fault codes. Different manufacturers use different fault codes. The Mercedes 722.8 transmission often saves fault codes that concern power issues or revolution sensors. Where the Volkswagen DSG 6 often shows faults with the pressure control solenoids. On the Vauxhall Easytronics transmission most faults concern the shift motors. 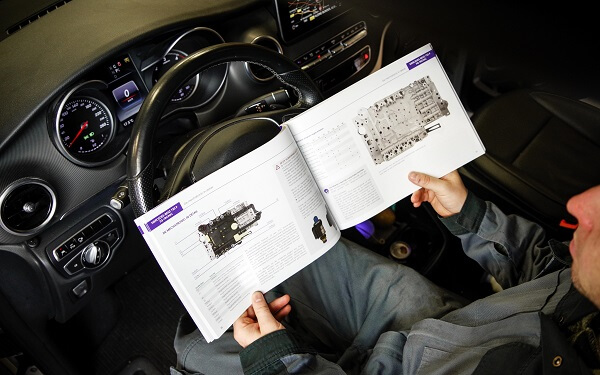 Would you like to know more about the remanufacture of a TCU?

As we tried to explain in this article every TCU is unique. ACtronics has developed a specific remanufacture procedure for every different type of TCU, so a lasting solution can be offered. Our service does not stop at remanufacturing TCU units. We understand that TCUs can raise questions. This is why we developed a Diagnosis Guide that lists all technical information of the different TCUs in one place. No general story, but lists with actual fault codes, pin assignments, component description and helpful installation notes.

For any other questions about the TCU, please contact us. Note: we only work with the automotive branch. If you are an individual and you would like to remanufacture a product, then read more here.