Integration of Android Auto in the instrument cluster: the next big thing?

In recent years, Google has worked hard to achieve an increasingly prominent role within the automotive industry. A few years ago, for example, they already attempted to develop a self-driving car. However, it never got any further than a study model. Google achieved more success with Android Auto, which allows you to use various apps via the infotainment system. The platform has enormous potential and that is exactly why Google now wants to go one step further. We dived into the latest developments!

For those who are not yet familiar with Android Auto: Android Auto is an interface that allows users to link their smartphone to the infotainment system. For example, you can make hands-free calls, stream your favorite music without any problems from your smartphone to the audio system in the car, and you can use Google Maps via the screen in the dashboard. The route guidance can of course be followed through the speakers of the car. This actually works just like a conventional navigation system, but always with the latest information and the latest map updates.

Although Android Auto is still relatively new in the European market, the platform has been around since 2015. Hyundai had the scoop at the time: it was the first car brand to include an infotainment system with the interface from Google as standard equipment. Since that introduction in 2015, many other car brands followed, but until recently, Android Auto was not yet supported in Europe. Fortunately, that recently (at the end of 2020) changed when Android Auto was rolled out in the first countries. The coverage in Europe has now taken on serious proportions and this is also reflected in the number of cars that are equipped with Android Auto. More than 100 million cars already use this technology! 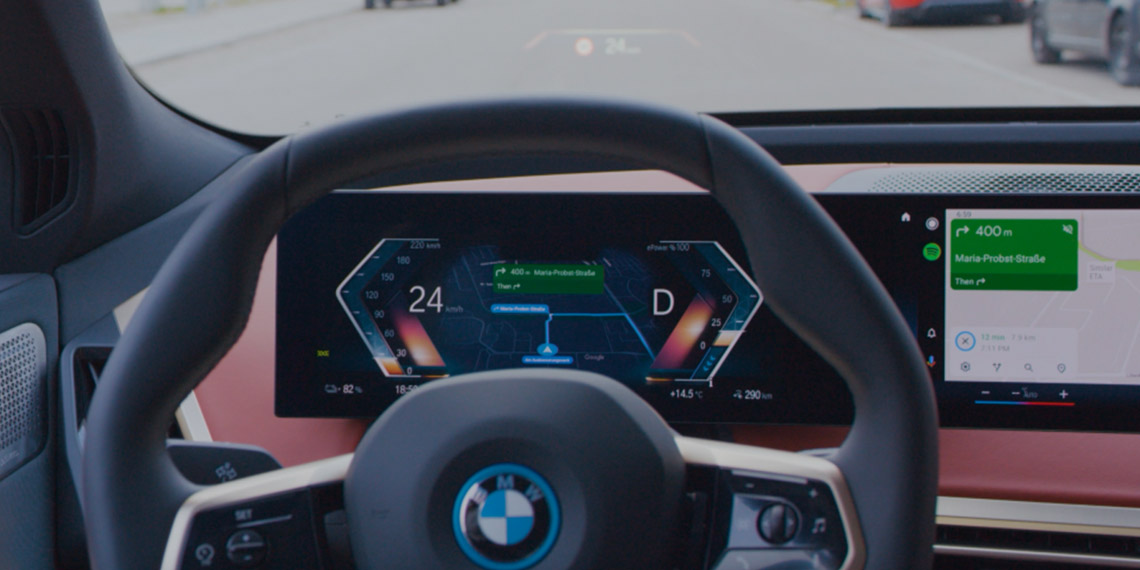 However, Google wants more. Now that more and more (just about all) car manufacturers are switching to digital instrument panels, Google sees opportunities there. That is why the tech giant came out with the news earlier this year that they are working on integrating Android Auto into the instrument cluster. This opens up plenty of options. Because what if you could get navigation guidance between your tachometer and speedometer? Wouldn't that be great?! Of course this is a feature that is also available with cars without Android Auto, but the possibilities with Google Maps in your instrument cluster are a lot bigger. Thanks to the gigantic amount of data that Google Maps has at its disposal, navigation becomes a lot easier. It will therefore not surprise us that Android Auto via the instrument cluster will become the standard in the near future.