The Bosch 10 ABS: the latest miniscule ABS system for motorcycles

Although ABS systems on motorcycles have only been mandatory for a few years on motorcycles of 125cc or more, the history of motorcycle ABS goes back a lot further in time. To be precise, we then have to go back to 1988. A lot has changed since then. Bosch’s latest ABS unit, the Bosch 10 ABS, therefore no longer resembles that very first model. We explain exactly how that works below!

To understand how special the latest Bosch 10 is, we will first have to dive into the history books. As mentioned, the first motorcycle ABS was released in 1988. The BMW K100 was the first and was equipped with an ABS system developed by Bosch. Justifiably, BMW was so proud of their first ABS-system, which weighed more than 10 kilos, that the letters "ABS" were displayed large on the side of the engine. An at least remarkable addition, because at the end of the eighties the ABS system was still far from standard in a car and was actually still quite in its infancy. The braking properties of a motorcycle with independent braking systems are, of course, completely different from those of a car where all brakes are interconnected and operated via one pedal. The motorcycle ABS, in turn, gave a pulsating effect and caused noise and a lot of vibrations in the brake lever and in the pedal of the bicycle. This initially ensures that it was quite complex to operate and it was also quite heavy. 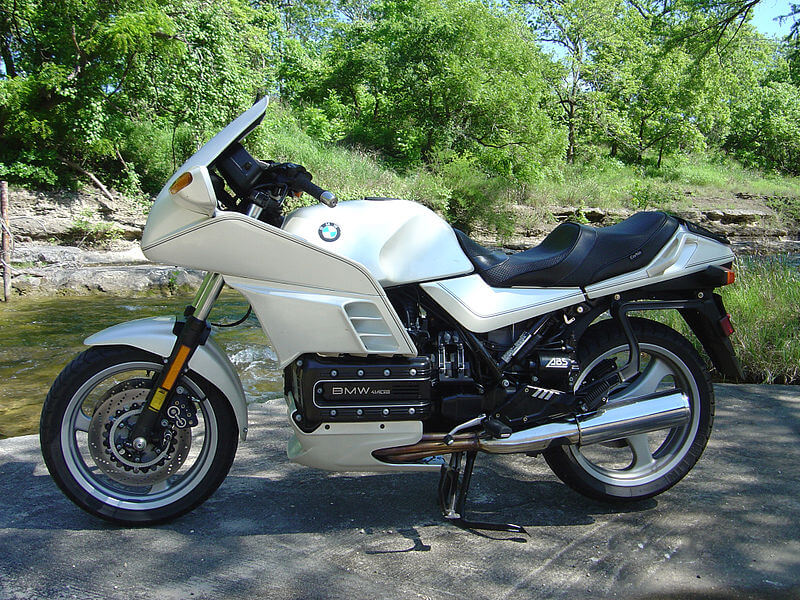 After Yamaha introduced ABS on the FJ1200 in 1991 and Honda did the same in 1992 with the ST1100 Pan European, BMW and Bosch released an update in 1995 to make the ABS system more user-friendly and reliable. The new system used an electronic / hydraulic system that used a plunger to control hydraulic pressure on the brakes. A ball valve was used to shut off the brake lever of the system. This greatly reduced the vibrations on the brake lever and the system also worked faster. Perhaps the most remarkable thing about this updated ABS were the weight reductions. The weight of the ABS had in fact been halved and now weighed "only" 6 kilos.

Now that we know where the motorcycle ABS comes from, it is also easier to understand to what extent this system has been further developed and improved. The characteristic ABS housing has become smaller and smaller over the years and although the system has also become lighter, it did not mean that functionality was lost. On the contrary! For example, in 2013, Bosch unveiled the latest innovation in the Bosch 9: it was equipped with ESP (Electronic Stability Program).

At the Italian motorcycle fair EICMA in 2015, Bosch unveiled their very latest ABS: the Bosch 10 ABS. Despite the fact that the Bosch 9 had shrunk considerably in size compared to its older brothers, the Bosch 10 ABS really takes the cake. The size of this ABS is 45% (!) Smaller than the Bosch 9 and weighs 30% less with only 450 grams. This is mainly due to a revolutionary adaptation to the existing design. ABS units have had the traditional construction of a pump motor, hydraulic block and the ABS ECU for years, but Bosch has now abandoned that concept. The Bosch 10 therefore looks completely different: the large "dome" on the ABS unit in which the pump motor normally hides has completely disappeared. The Kawasaki Versys-X 300 and Suzuki GSX-S125 were the first bikes to be equipped with the 10 ABS quite recently. 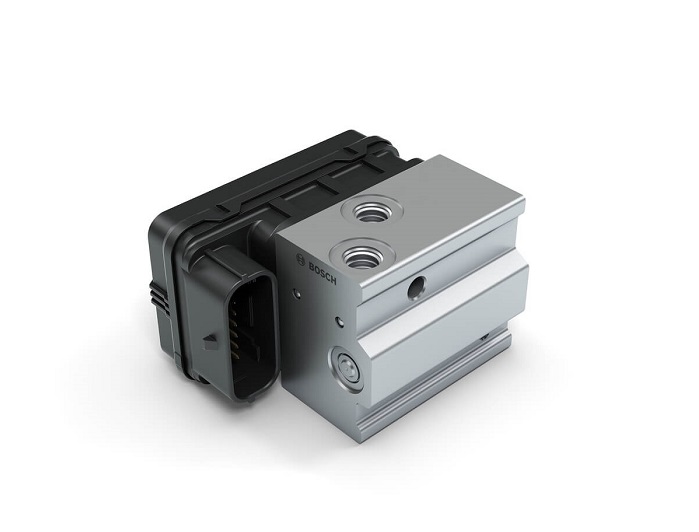 Worldwide, the safety of the driver of a vehicle is of course always high on the agenda. In several countries, following the mandatoryABS-units on cars, having an ABS system on a motorcycle has become mandatory, because this would reduce the number of accidents with motorcycles by 25%. In the European Union, ABS units on new bikes above 125cc became mandatory from January 2016, after which several other countries soon followed suit. For example, in Japan and India, ABS for motorcycles was made mandatory in the autumn of 2018. Good timing for the Bosch 10 ABS!