The lambda sensor and its important input to the ECU

In an earlier article, we discussed the operation of the ECU, where it already became clear that the lambda sensor provides vital information to the ECU. It would have gone too far to go into full detail to discuss how this part works and how it interacts with the ECU. In this article we will explain the exact interaction of the two components!

Right, the lambda sensor. Among automotive technicians, this part is sometimes referred to as the lambda probe, oxygen sensor or O2 sensor. This name implies the function of this part is. In short, this sensor measures the amount of oxygen in the exhaust. The Dutch mobility sector organization BOVAG has a very nice and concise description for this part:

“The lambda sensor is a sensor in the exhaust of your car that measures the amount of oxygen of the exhaust gases. If the value of the oxygen content varies, the engine management system will adjust this automatically. This way the catalytic converter works optimal and the exhaust gases are less harmful to the environment.” 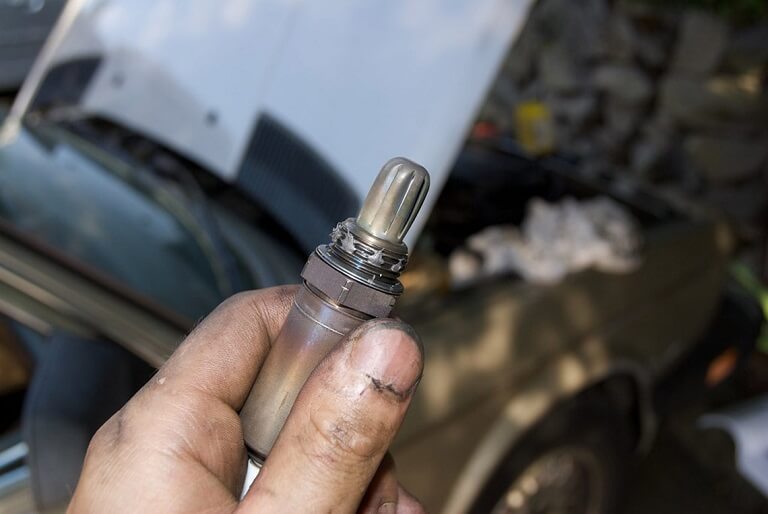 Having said this, it is good to know that most cars today have two oxygen sensors. One sensor measures the gases leaving the engine and the second sensor is located behind the catalytic converter. As the lambda sensor is a hollow ceramic cylinder, oxygen can pass through the sensor. The sensor measures the presence of oxygen and generates a voltage signal. The wires on the sensor can heat the lambda sensor and transmit the data to the ECU. Based on this data, the ECU determines how lean (little exhaust gases and much oxygen) or how rich (much exhaust gases and little oxygen) the air / fuel mix is. Heating the oxygen sensor also has an important reason: this allows the sensor to react quickly with a cold engine, resulting in better and more economical combustion!
Now that we know this, it might be interesting for the professional to learn a short history of this part:

History of the lambda sensor

To tell a bit about the history of the lambda sensor, we want to take you back in time. To be precise, we have to go to 1976 for that. A little research shows that it was a very special year. 1976 is the year that Queen released Bohemian Rhapsody, the "Pannenka penalty" was born, the Apple brand was founded and the legendary Concorde came into use. And a look at the history books shows that 1976 was also a very special year for Sweden. The Swedish band ABBA released Dancing Queen in that year (We do apologize for the song being stuck in your head right now...), Björn Borg tennised his way to victory in Wimbledon and to top it off, Sweden had introduced the lambda sensor. A real fun fact for birthdays!

Well, back to the O2 sensor. As a result of stricter environmental and emission regulations that were imposed in the United States, Volvo was the first brand in 1976 who equipped this new piece of technology in the 240 and 260. Volvo was so proud of this innovation that it even put a genuine "Lambda Sond" emblem in the grill of several cars.

After the successful introduction, Volvo entered an even stronger partnership with Bosch, who took the responsibility of the producing the cylindrical part. The second-generation lambda sensors soon followed in 1982. The big advantage of this second generation was that this sensor was heated. In the forty years that followed the introduction of the lambda probe, Bosch produced more than 1 billion of these parts.

What does the ECU do with the lambda sensor information?

After this look in the history books it is time to come back to the operation of the lambda sensor. The earlier given definition of this sensor contains a very important element that deserves some more explanation. This concerns the following sentence: "If the value of the oxygen content varies, the engine management system will adjust this automatically."

The main question is of course what and how the engine management system, or ECU, adjusts based on the oxygen content in the exhaust gases. This is based on the so-called lambda value. The ECU constantly compares the amount of air that the oxygen sensor measures with the amount of fuel injected. Once this value drops below 1, there is a shortage of air in the fuel mixture (rich mixture). If this value is higher than 1, there is an excess of air (lean mixture). The engine control unit makes its own decision based on this data. The most obvious solution for the ECU, is to start adjusting the air/fuel mixture so that the proportions match. This can be achieved, for example, by adjusting the opening time of the injectors. However, if the value deviates too much or if the value continues to d 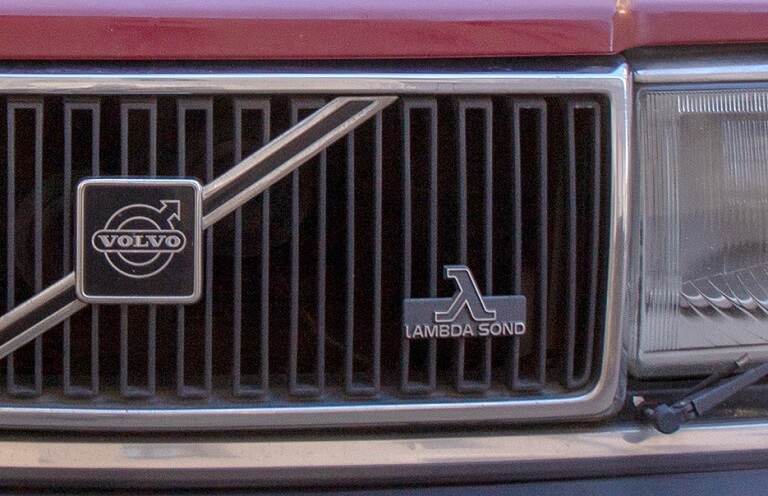 eviate after adjustment, the engine warning light will come on and the engine may go into limp mode.

Faulty lambda probe has a major impact on the ECU

Now that the interaction of both components has been explained, it becomes clear what impact this part has on the functioning of the ECU. A defective lambda sensor will therefore have to be replaced quickly. Continuing to drive for a long time with a defective sensor can also cause damage to the catalytic converter. Since the engine management light (MIR light) will often illuminate when the lambda sensor is defective, it is important to continue the diagnosis and perform various tests.

The first test you can do is to increase the engine RPM to about 1500 to 2000 rpm. It is important to move the accelerator as little as possible. If the RPM is unstable, you could have the first indication that the lambda sensor might be at fault.

Once you have verified a stable engine RPM, you need to get an ohmmeter and measure the resistance of the heater. Sometimes you need to remove the heat shield from the exhaust manifold for this. Take this measurement at a normal engine temperature (85 to 95 ° C) and use an electrical diagram. Is the value correct? Then proceed to measure the signal. A proper functioning oxygen sensor gives a value that is between 0.1 and 0.9 Volt. If this is not the case, it can bve deducted that the lambda sensor caused the engine management light to illuminate! You need to clean the lambda sensor, or you can replace the sensor.

Experience teaches us that it is better to replace the lambda sensor for an original and not to choose an aftermarket sensor. As soon as you search for "aftermarket lambda sensor" on the various automotive forums, it will become clear what we mean by this. There are plenty of cases where the problem is not solved and the light remains illuminated.