Mercedes-Benz A-Class W168: Special in both design and technology

We're turning the clock back to 1993. Whitney Houston's version of "I Will Always Love You" was the number 1 hit on the radio and everyone wore those wide-leg trousers. It was also the year that Mercedes caused quite a stir during the IAA in Frankfurt. On the Mercedes exhibition stand there was a new concept car, the Vision A 93. Following the Nafa (a Mercedes concept car from 1981) and the electric study model called the 'Study A', Mercedes presented this car that had both an electric and internal combustion engine as an option. In addition, the Vision A 93 had front-wheel drive and would use a CVT gearbox. With a length of 11.7 feet, the car was smaller than competing cars such as the Renault Clio and the Mini, but nevertheless the space in the car itself was many times larger. 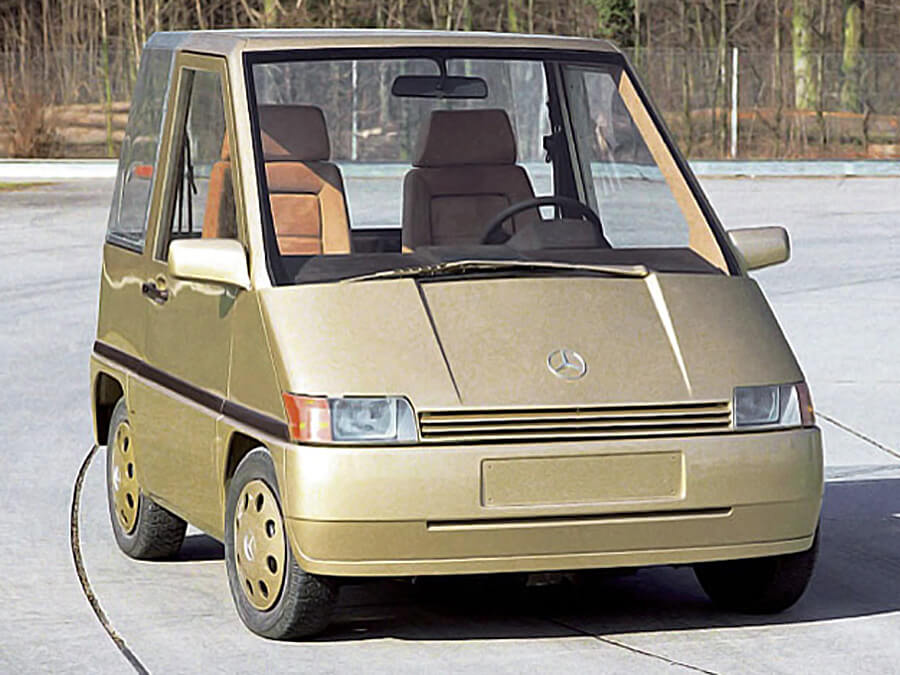 But where do you place the battery pack for a car of this size? Mercedes came up with a special solution for that, with an equally special name. The Vision A 93 made use of a so-called 'Sandwich Platform'. The drive components, such as the battery pack, were mounted in a double layered floor under the car. This naturally caused the floor of the car to rise. Secretly it turned out that it didn't even work that bad at first! The sandwich platform provided a higher and therefore easier entry and a better overview of the road. In addition, this higher seating position would ensure that protection during a side impact collision would be improved. Effective, efficient and safe! 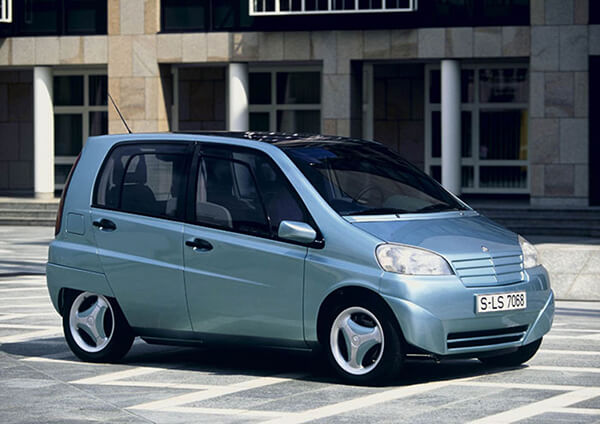 After the unveiling of the concept car in 1993, it was quiet for a long time. Would Mercedes quit their plans for a hatchback model? Was the design of the car too controversial after all? Carl Lewis had already become Olympic Champion for the fourth time in the long jump, the tune of the Macarena was in everyone's head and Ajax had won the Champions League to everyone's surprise. However, in 1997, after four long years of waiting, it was finally there! No longer under the name Vision A 93, but fully in line with the rest of the Mercedes fleet, the car was presented as the A-Class just like the concept car at the IAA in Frankfurt. No electric motor and a less futuristic design, but just like the concept car, it got front-wheel drive and was of course a hatchback. Unique to Mercedes-Benz!

One of the biggest challenges Mercedes engineers had to face was the limited space under the hood. A Mercedes wouldn't be a Mercedes if the car didn't give you that 'special Mercedes feeling'. The engineers eventually came up with an engine that was placed diagonal. An additional advantage of this was that the impact for the driver in the event of an accident was reduced. The car got an automatic CVT gearbox that could be controlled with the Automatic Gear Selector. This Gear Selector was in direct connection with a TCU developed by Siemens, mass air flow sensor and the ECU were integrated in one part. In other words: Mercedes used every trick in the book to accommodate all the necessary parts in the car! 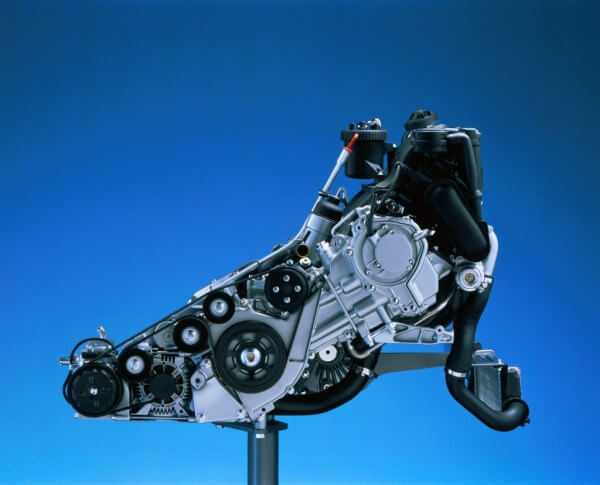 Drama during the moose test

Until then, there was nothing but praise for the A-Class. A Mercedes for masses, which also was more spacious, lighter and more economical than comparable cars: it sounds perfect, right? That was certainly the case, until the car was put to the test by the Swedish car magazine Teknikens Värld. One of the tests they had devised for the A-Class was the Moose test. What if you encountered one of the approximately 300,000 moose living in Sweden at 60 km/h on the road? When that happens, you want a car that handles perfectly when you give an abrupt turn to the steering wheel. To simulate this situation, the Swedish car magazine had set up a row of pylons, around which the car had to slalom. However, this did not go according to plan. After a few brisk swings at the wheel, the small hatchback suddenly found itself on two wheels. The images produced by this controversial test dominated the international (car) news in the days that followed. This forced Mercedes-Benz to take drastic measures. After only being on sale for three weeks, all models sold so far were recalled and all sales were halted.

Mercedes did not give up the dream of a hatchback and went back to the drawing board. The Mercedes engineers faced a challenge to ensure that the car stayed on all wheels. After several months of experimentation and extensive testing, the new A-Class was re-launched. At first glance, little might have changed, but quite a lot had been adjusted. For example, the car had wider tires, the track of the rear wheels became wider, the height of the car lowered, the stabilizer bars were reinforced and the car got a Bosch ABS unit that made use of ESP (Electronic Stability Control).

After the false start and a reputation that has been massively damaged, the A-Class was put back on the market. The car tended to have considerable understeer and suffered from body roll, a feeling that was enhanced by the high driving position. Mercedes did everything it could to rectify this, using the successes it had in Formula 1. Mercedes at the time was responsible for supplying the engines to McLaren. In 1998 McLaren-Mercedes driver Mika Häkkinen dominated the championship, taking his first title. To celebrate the Finn's success and unprecedented popularity, Mercedes-Benz made 250 special editions of the A-Class that came entirely in the McLaren-Mercedes livery. Fun fact: Mika Häkkinen himself was handed the keys to a one-off A-Class that had been overhauled by AMG. This little pocket rocket called the A38 AMG produced 250hp, which was about double the 'standard' A-Class!

The effort that Mercedes put into the A-Class seemed to pay off. The idea of an affordable Mercedes attracted a large audience. In 1998, 136.100 A-Classs were produced and in 1999 there were even 207.000 cars sold!

After being in production for several years, Mercedes thought it was time to update the car on a number of points. In the summer of 2001, the facelift of the W168 was launched. The most notable changes where some new design features. From that moment on, customers could also opt for a short version (the SWB) and a longer version (LWB). The diesel and petrol engines were also renewed and upgraded, giving the car more oomph. In addition, Mercedes found that not all space-saving solutions always proved to work well. For example, it became clear that integrating an ECU and a mass air flow meter in one component was not the best option for petrol engines. A throttle body that kept opening and closing, engines that delivered too little power, or an engine that ran too rich or too lean: all errors that in a large number of cases could be traced back to this part. In the facelift model, therefore, a different solution was sought for the petrol engines. The problem, however, remained the limited space. The solution Mercedes eventually came up with was perhaps just as controversial as the original solution. With the W168 facelift, the ECU and the throttle body are integrated into each other. Miraculously, this solution turned out to work better, because the number of complaints that this ECU produced was a lot less!

Over a million units produced

After being in production for about seven years, Mercedes-Benz ceased production of the W168. In the summer of 2004, Mercedes presented the new generation A-Class, the W169. Despite a false start and the necessary challenges that Mercedes encountered during the development of the car, more than 1.1 million cars were sold. Looking back in the history of the German brand, we can now perhaps conclude that the W168 is one of Mercedes' most special cars ever, in which special solutions were needed to produce the car. A real unsung hero!