It is perhaps the electronic component that you interact with most as a driver: the instrument cluster. Traditionally, things like rev counter, coolant temperature, speedometer and fuel gauge are displayed on the cluster that provide the driver with valuable information. When the cluster starts to fail, due to for example vibrations or temperature changes, you loose this valuable information. That is why ACtronics has developed various remanufacturing solutions for the instrument panels, so that you can get back on the road safely and with a properly working car! 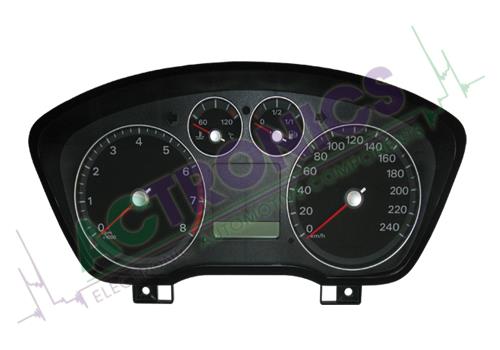 The instrument cluster used in the Ford Focus 2 is quite special in several ways. For example, it is one of the few panels that can generate a certain error code, which is known as the U1900 error code. What also makes this panel unique is the fact that the immobilizer is incorporated in this unit. Fun fact: this panel has also been used in two other Ford models, the Ford C-Max and the Ford Kuga. 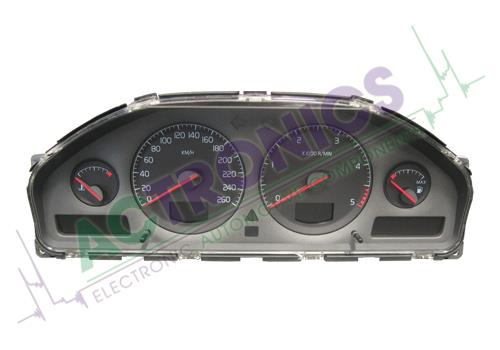 Do you have a Volvo in the workshop that shows an SRS error on the display? Chances are there is a problem with the instrument cluster! As soon as you read the error code D004 when diagnosing the car, it is almost certain that there is a defect in the dashboard. Due to vibrations, loose connections may form on the circuit board! 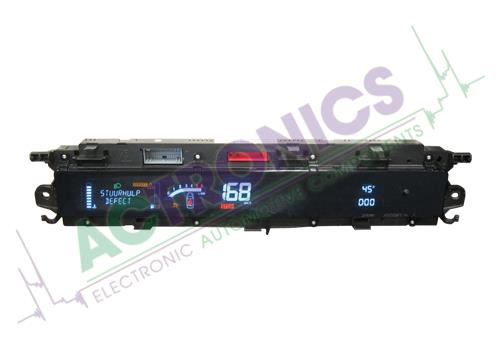 An elongated instrument panel is probably not the first shape you think of with an instrument panel. Most of the cars often incorporate the "traditional" meters in a kind of semicircle behind the wheel of the car. Renault thought that this needed to be changed and designed an elongated digital instrument panel for the Scénic 2. What made this panel unique at the time is the fact that this cluster has an EEPROM and a processor to process and display information all by itself. A super cool piece of technology, but with an internal failure in the cluster, this can also be very annoying. This can, for example, mean that the mileage is no longer displayed correctly. 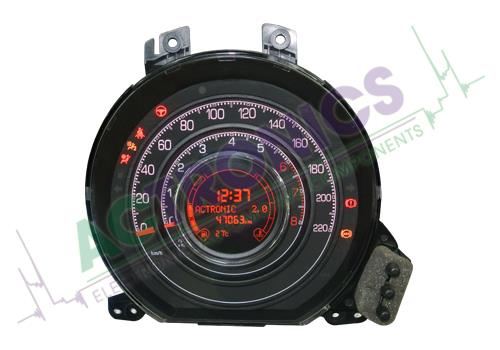 A retro styled car such as the Fiat 500 also includes an instrument panel with a retro design. As soon as you see the original dashboard from the 50s, it immediately becomes clear why the instrument panel of the "new" Fiat 500 looks the way it does. Although the design of this cluster differs strongly from the "standard" instrument panels, the technique for the cluster is mainly the same. This cluster basically consists of a stepper motor that drives the gauges, warning lights and a central display. The LED lights and the display are two sensitive parts of this dashboard. This cluster is the same as the panel from the Abarth 500.

Now that we have discussed two rather special instrument panels in terms of design, it is now time for a somewhat more traditional cluster, namely that of the Vauxhall Corsa D, which was produced between 2006 and 2014. A defect that we do not see very often, often comes back to the instrument panel. Surprisingly, in this cluster the speaker regularly fails. Since experience has taught us that there is a good chance that this speaker may also break for a number of years, it will be replaced preventively in our remanufacturing department, regardless of the complaint.

No worries! We have a handy tool with which you can look up your Instrument Cluster.