Some interesting facts of the Vauxhall Zafira A

The Vauxhall Zafira is not the biggest eye catcher around and will therefore not excite most people, right? Actually, you might be wrong, that is why we listed the most interesting facts of this compact MPV.

The Vauxhall Zafira has been made in collaboration with Porsche

Probably the most remarkable fact. Did you know that most of the Vauxhall Zafira has been engineered by Porsche. Yes, you read that correctly! Even though this is not a commonly known fact you could possibly say that this should actually be called a Porsche Zafira. Vauxhall just delivered the design and the platform that the car should be manufactured on (the T-platform of the new Astra). After that the majority was up to Porsche to design to a high standard. Together with Vauxhall, Porsche designed the Vauxhall Flex 7 system that is characteristic of the Zafira.

One of the unique features of this design was that it is possible to pull two extra seats out of the floor in the boot, which turned the MPV in to a 7 seater people carrier. Porsche commitment to this project shows in the fact that that Porsche took the responsibility for the quality control in the first series of the Zafira. The first generation Zafira was presented at the IAA in Frankfurt in 1997 to be produced from fall 1998. The production had to be postponed until 1999 due to the unexpected success of the Vauxhall Astra G (that was introduced in 1997), Vauxhall sold 1.7 million Astra models in Europe. 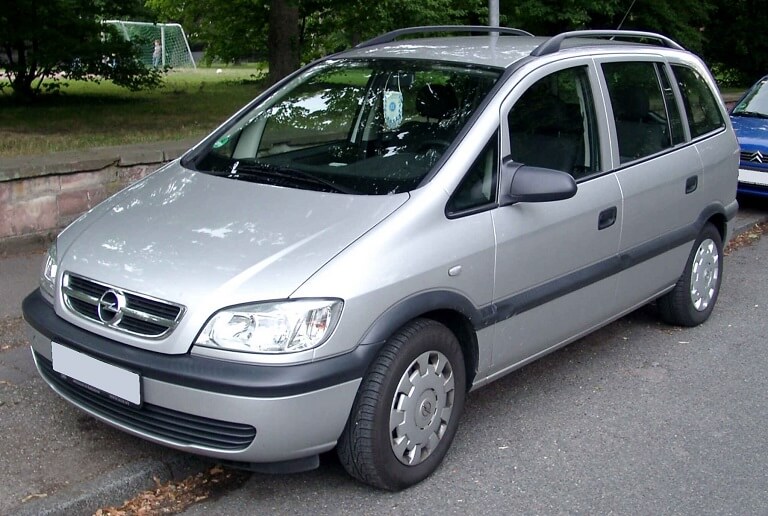 This success resulted in a Japanese brother of the Zafira A

It is not news that car models are taken over by different manufacturers. Think for example of the Peugeot 107 and the Citroen C1 or the Volkswagen Sharan and the Seat Alhambra, both models that are under the VAG name. A less known fact is that the same has happened for the Vauxhall Zafira A. The parent company General Motors owned brands like Chevrolet, Holden and Opel, referred to as Vauxhall in the UK. No surprise here then.


After the introduction of the Zafira it showed quickly that this would be a popular model for the Vauxhall brand. In 2000, the first full production year of the Zafira over 204 thousand models were sold in Europe and in the two following years more than 242 thousand models were sold. Because of this success other co-operations with other brand names, less commonly associated with the General Motors developed. Subaru, the brand behind the off road legends like the Impreza and Forester, co-operated with General Motors between 2000 and 2005. One of the products of this collaboration was the Subaru Traviq.

A "Subaru Zafira" for the Japanese market

Even though the compact MPV was quite popular in Japan at the time and Subaru had a previous five seater model (the Sambar Domingo) this was still a remarkable model. Subaru is commonly associated with the characteristic boxer engines, while the Traviq was only available as an in-line 4 cylinder engine. Neither was the Traviq an All Wheel Drive, another characteristic for Subaru at the time. The Traviq was just outside the rules of a Japanese "Compact Car", which meant that their was a added purchase tax that was not required on similar cars. The Traviq did not sell well. Between 2001 and 2015 Subaru only sold 12 thousand Traviqs.

Other cars responsible for the success

As said the Zafira performed better than the Traviq. This is partly because of the success of MPVs at the end of the nineties. Following the Renault Espace, that debuted in 1984 as first MPV on the European market, came the Renault Scenic introduced in 1997. This compact-MPV was a bit smaller than the Espace and therefore easier to manoeuvre. Just like the Espace, the Scenic created it's own market. The Scenic was a success with Renault's target group. In 1998, the first full sales year, Reanult sold more than 252 thousand of the Scenic models in Europe. With the introduction of the Scenic a market was created for the Zafira as well. The Zafira with it's Flex 7 system created seven seats where the Scenic "only" had 5 seats. This made the Zafira unique while it was able to compete in the same market as the Scenic.

Was the Zafira without any faults? Even though technically built very intelligently, it had some short comings with the electronics. Not a specific Zafira problem, more a common fault in Vauxhalls from this period. Especially the ECUs in these models failed frequently. The Delphi Delco Multec that is used in the X16XEL/Z16XE engines is the most remanufactured ECU!

New Zafira's not as successful as the first generation 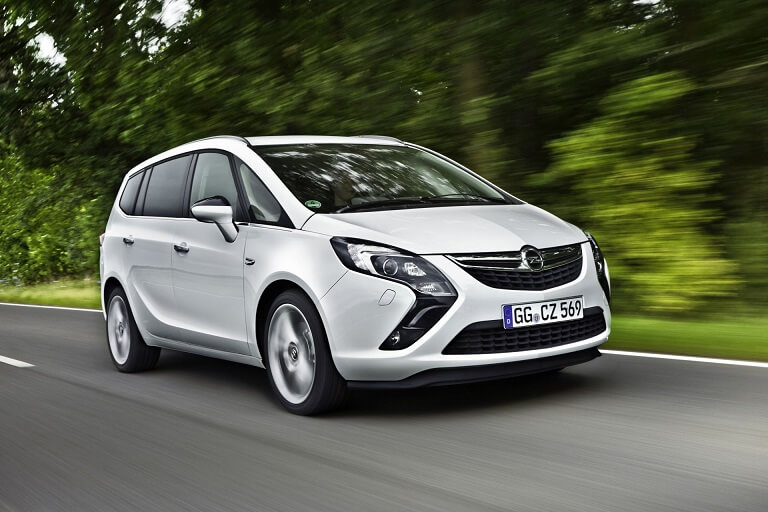 After serving for six years, the first generation Zafira was replaced by the new model, introduced in 2005. Even though the new model followed the same recipe as the old one, it never saw the success of the first generation. The third generation, sold between 2011 and 2019 did not even sell more than 100 thousand models. Partly because of the growth in the SUV market, the MPV lost customer interest. Vauxhall noted that something had to change. After 20 years of service as MPV , Vauxhall transformed the Zafira in 2019 to the Zafira Life and is now sold as a mini-van. We are interested to see if Vauxhall will be able to recreate the succes of the old Zafira with the Zafira 2.0